“FREEZE!” SO I CAN SHOOT YOUR HEAD OFF! 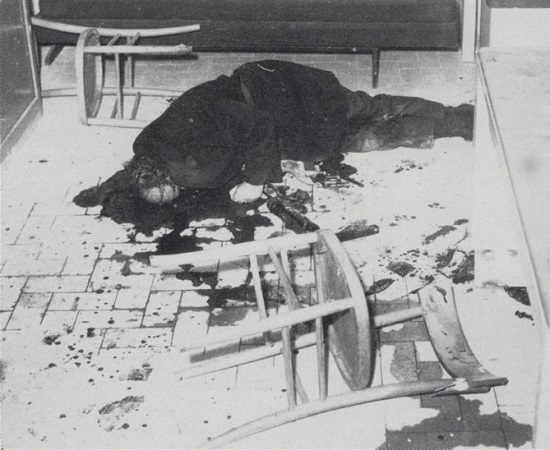 Before he became Cosa Nostra’s boss of bosses and his leadership style earned him the nickname The Accountant, Bernardo Provenzano was known as The Tractor. Long explanation short: He was a mean SOB and stone cold killer who spread death everywhere he went.

By the 1960s, Provenzano’s deadly reputation preceded him. When fellow Mafiosi saw his face they were immediately on high alert. As a prolific hit man he was always looking for new ways to sneak up on his targets. Especially when those targets were part of the Mafia and knew how the game was played.

A target like Palermo mobster Michele “The Cobra” Cavataio (right) for instance. Described in Clare Longrigg’s book Boss of Bosses as “a cunning killer with a face like a gorilla and a turbulent past.” According to Longrigg, Cavataio found himself pushed aside by the new generation of Mafiosi and was suspected of inciting a Mafia war. As if that wasn’t enough he also threatened to release a map of the Palermo Mafia families including names of all the members. Not the best way to threaten your way back into power.

For Cavataio Provenzano and Toto Riina arranged a meticulously planned hit. They needed to make sure the grumpy mobster was dead and retrieve the map and list he had in his possession.

On December 10, 1969, two police cars arrived at the office of a mobbed up builder located at Viale Lazio 106 in Palermo. Inside the two cars were Riina, Provenzano, and five other mobsters, the six of them all dressed in police uniforms. While Riina stayed in one of the cars, Provenzano and the others raised their machine guns and in true police fashion raided the office.

“Freeze!” the Mafia killers yelled as they burst through the door. But before the stunned wiseguys inside could even process what was happening, one member of the hit team opened fire, showing none of the restraint that is common for the uniform he was wearing.

After that the room lit up with gunfire as both sides fired shots at each other. Several members of Provenzano’s crew suffered gunshot wounds. Cavataio, The Cobra, lived up to his nickname as he shot one of the assassins in the chest and Provenzano in the hand. It proved to be futile, and he knew it when he dived beneath a desk and played dead, hoping the killers would leave thinking their job was done. 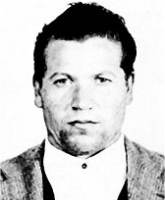 Cavataio might have been correct. After a violent shootout in which several members of the murder squad were wounded, most crews would consider it a job well done and seek medical help as soon as possible. Most mobsters would do that. But not Bernardo Provenzano.

He still needed that map and list with names.

Provenzano started patting down Cavataio who quickly sprang back to life and attacked him. Surrounded by five dead bodies, the two men themselves bloodied up, adrenaline pumping, The Tractor and The Cobra both went for the kill in order to survive. This was up close and personal.

At one point Cavataio pointed his gun at Provenzano’s face and pulled the trigger. Click. Click. He was out of bullets. Provenzano’s weapon jammed and was equally useless when it came to firepower. So he decided to use it in a different way, clubbing Cavataio unconscious with it.

With The Cobra laying still on the floor, Provenzano got out his handgun and shot him dead.

The Viale Lazio massacre became one of the most infamous hits in Cosa Nostra history. It cemented Bernardo Provenzano’s reputation as a skilled and cold-blooded assassin who would always get his man. No matter the cost.