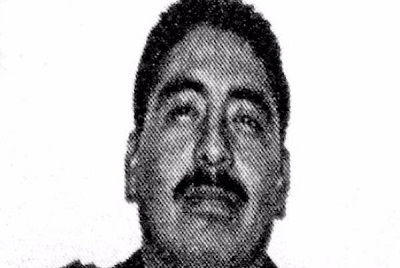 It is said that in the war on drugs there are no winners. One side just loses more slowly. Nowhere is this more the case than in Mexico where citizens are dying every day in a circle of vicious violence. They look to the police to protect them but all too many times, the police have switched sides and work for the cartels.

Take the chief hitman for the Sinaloa Cartel in Baja California for example. Marco Tulio “El Marlon” Carrillo Grande began his career as a police officer, joining the Tijuana municipal police in 1995. Within a decade, however, he had bowed down to the money drug cartels were offering him.

By the early 2000s, he was suspected of having links to organized crime, specifically the Arellano Félix Cartel. Now, he does "El Chapo" Guzman's Sinaloa Cartel’s dirty work. He is believed to have been behind much of the violence in the state in recent months as his gang battles for territorial control with the Arellano Félix and Jalisco Nueva Generación cartels.

In 2010, authorities arrested Carrillo Grande along with 34 officers after captured drug traffickers began talking and gave evidence about the corrupt cops. Of course, this being Mexico and all, he and the others were later released and “El Marlon” went on the lam and became a fugitive.

Until last week. Authorities lucked out when they searched a home in the Ampliación Reforma neighborhood of Rosarito and found the cop-turned-cartel killer hiding out.