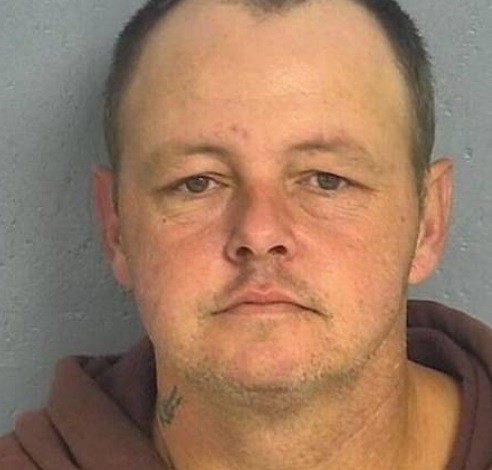 A member of the Southwest Honkys gang pled guilty in federal court on Thursday to his role in a drug trafficking conspiracy in which investigators intercepted a shipment of nearly 9.5 kilograms of methamphetamine. 45-year-old William F. Jones (photo above) was identified as a mid-level member of the Southwest Honkys gang who had declined a leadership role.

The case was investigated by the Drug Enforcement Administration, the Springfield, Missouri Police Department and the Missouri State Highway Patrol. Jones, under the surveillance of law enforcement, drove to the Kansas City, Missouri area on October 11, 2017, and checked into an Independence, Missouri hotel. A few days later, 32-year-old co-defendant Justin L. Rhoads met Jones in the hotel’s parking lot.

They put a large duffel bag in the cab of Rhoads’ pickup truck, and he left the parking lot. Rhoads was later stopped by a Missouri State Highway Patrol trooper on Missouri Highway 13, just south of Humansville, Missouri. The trooper searched Rhoads’s vehicle and found ten Ziploc-style plastic bags inside the duffel bag that contained a total of approximately 9,439 grams of methamphetamine, which was determined to be at least 93 percent pure.

While locked up, they can hook up with their friends in the peckerwood prison gang hierarchy.