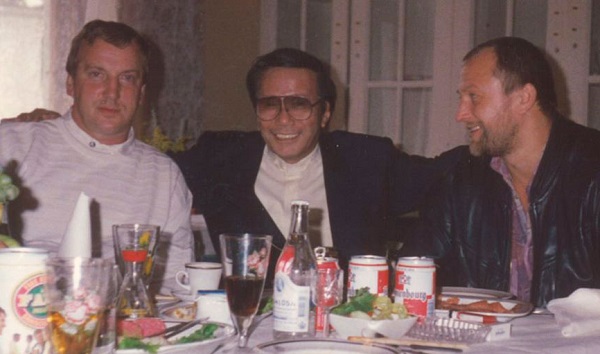 It was a high-profile case involving wealthy and politically connected individuals. Chief among them State Duma deputy Vladislav Reznik, who is part of the United Russia party, which is loyal to President Vladimir Putin. It is well-documented that Putin himself has had dealings with the Tambovskaya-Malyshevskaya clan in his early days as an up-and-coming politician in St. Petersburg.

This case stems from the 2008 Operation Troika, which centered around the Tambovskaya-Malyshevskaya organization’s investments in Spain starting in Marbella in 1996. The group, like so many Russian Mafia clans at that time, began buying up mansions, businesses, and property worth over $57 million dollars using funds from offshore bank accounts.

Crime boss Gennady Petrov owned a €20 million mansion and was known to hand out €500-dollar tips. His next-door neighbor was the sister of King Juan Carlos of Spain. During Operation Troika investigators seized $307,000 in cash and 23 luxury cars - Ferraris and Bentleys. An amount of €12 million euros in bank accounts was frozen.

All of this was not denied in court. According to the judges, the group indeed used “legal, accounting and tax advisory services of professionals and the assistance of Russian-language translators and secretaries” when they set up these transactions with money that “sometimes came from tax havens”.

But, the judges ruled, prosecutors did not prove that these financial streams originated from criminal activities. According to the BBC, “The court ruling said the data concerning offshore accounts ‘is insufficient to determine any illicit origin for the money’, even though the defendants’ business activities in Spain looked ‘strange, uneconomic or unconventional’.”

The ruling must’ve felt like a slap in the face of José Grinda, the brave lead prosecutor in this case. He was reportedly threatened during the investigation. Mark Galeotti, author of the book The Vory: Russia’s Super Mafia, called Grinda “legendary” when talking to Gangsters Inc. a few years back.

“As Spanish authorities, especially under the legendary Prosecutor José Grinda Gonzalez, began cracking down, with a focus on financially-based crimes, each bust and successful prosecution throws up evidence for the next, hence the steady stream of cases,” Galeotti said.

Despite this setback, the fight continues. Spanish authorities have come to realize the impact criminal money has on its society. The line has been drawn. Now they must continue the crackdown and finish their foe.

Something tells me that the Spanish authorities were either bribed or scared shitless of the courts finding the defendants guilty.I may be wrong but I don't think that I am.

@John Ramsey: Yeah, it does seem like a weird ruling. Perhaps more information will come out in the years to come.

Yes it's certainly one to keep an eye on.