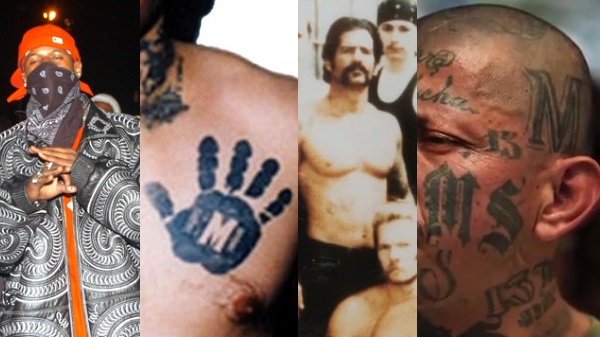 As researchers we find there is a distinct difference between organized crime and street gangs. One is structured, sophisticated, efficient, calculated. The other is often poorly structured, unrefined, unefficient, brash. However, many organized crime groups and most of its members start out as/in street gangs. It's where they learn their trade. And many groups that once started out as street gangs have since evolved into largescale criminal enterprises.

That is why Gangsters Inc. has set up this section where we will focus on street and prison gangs and lower level gangsters who might one day pop up in a major case or have already grown so much in power that they deserve to be placed under scrutiny.

Fitness Behind Bars: Gangsters tell how they train their bodies and minds in prison
The 18 Gangster museum in South Africa run by ex-convicts tells cautionary tales of life of crime and violence
Sinaloa Cartel distributor who supplied Crips, Gangster Disciples, Vice Lords for two decades gets 15-year term
White House designates most threatening transnational crime groups
All In The Game: Two men who went from fighting gangsters to refereeing star athletes
How guards keep assaulting inmates without consequences
Asian Youth Gangs and the Tongs