Suge Knight claims Dr. Dre tried to have him whacked 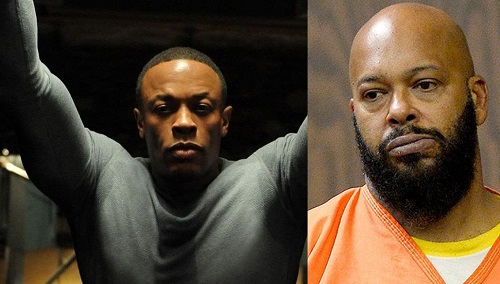 Apparently, imprisoned rap mogul Suge Knight doesn’t know when to call it quits. The fallen-from-grace CEO of Death Row Records had his lawyer, Thaddeus Culpepper, file a motion with Los Angeles Superior Court in which he alleges a “massive cover-up.”

Is Knight finally coming clean about what exactly happened to 2 Pac and the Notorious BIG? Nope. Instead, he goes even more tinfoil hat on us by claiming that legendary music producer Dr. Dre conspired with the L.A. County Sheriff’s Department to have him murdered at a club in Los Angeles.

The incident Knight is referring to happened at an L.A. club on the night of August 24, 2014. The super-sized music hustler was shot six times by an unknown shooter. According to gossip website TMZ, which cites Knight’s lawyer, there is surveillance footage showing a Sheriff’s Deputy allowing the alleged gunman into the club right before Knight was shot.

To add some extra flavor to an already sensational shooting at the pre-MTV Video Music Awards party hosted by Chris Brown, Knight also claims that “the shooter confessed that Dr. Dre paid him and a friend $50K for the hit,” that the L.A. Country Sheriff’s Department “inexplicably released the shooter from custody” and helped “the gunman flee the country.”

It’s the latest outrageous move by a desperate man who has lost it all and has no one to blame but himself. 50-year-old Knight is currently behind bars on murder and attempted murder charges due to his involvement in a January 29, 2015, incident in which he killed one man and maimed another with his car in the parking lot of a Compton fast food joint, near where a promo shoot for the N.W.A biopic Straight Outta Compton took place.

The whole scene was caught on video and has Knight in a tight spot. His latest accusations won’t change any of that. Nor will they do anything to bring down Dr. Dre who has become the most successful hip hop entrepreneur ever with a net worth of almost a billion dollars.

Sounds like he's really mad the Dre did  better thsn him. Also,what would Dre get out of killing Suge. Suge has nothing,since Dre got all his Masters back

This is what happens when you play yourself.....reduced to making any claims necessary to get out of jail....If he's as unhealthy as the reports make then I don't expect him to survive past 2020 in prison.....even if he does where's he going?