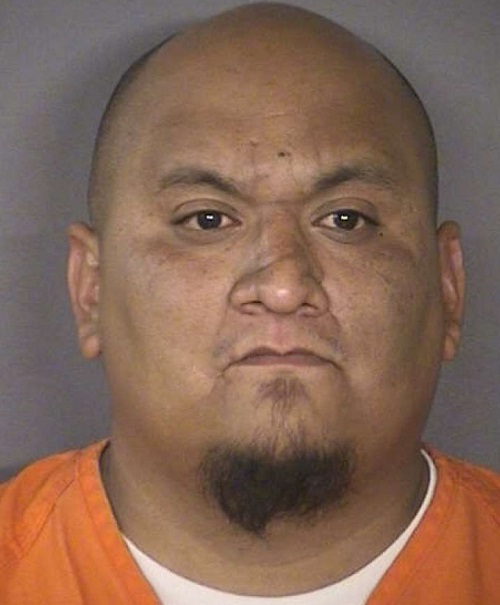 On the streets, he was appropriately known as “Menace.” 38-year-old Texas Mexican Mafia boss Ruben Reyes was a true terror to both his rivals and fellow gang members. When he had gotten the order to kill you, you were already one step in your grave.

Reyes was a “Lieutenant of Lieutenants” in the Texas Mexican Mafia, a leader responsible for making money and protecting the gang’s interests by any means necessary. He did so with the use of deadly violence.

In the summer of 2016, “Menace” admitted to killing fellow Texas Mexican Mafia member Ulysses Farias in front of his family in San Antonio on October 12, 2013, to improve his own standing in the gang.

Reyes and Texas Mexican Mafia member Jerry Moreno carried out the execution based on concerns by the group’s leadership that Farias was purportedly talking to federal authorities; and, despite being warned not to because it violated Texas Mexican Mafia rules, Farias took his wife with him on “dime” collection runs.

The “dime” is a 10 percent tax imposed by the Texas Mexican Mafia on individuals who sell narcotics in the gang’s territory for assistance in collecting drug debts as well as a degree of protection from robbery and competing drug dealers.

Clearly Reyes had no qualms about murdering his fellow gang members. With that in mind, a Balcones Heights Police Officer Julian Pesina was playing a very dangerous game by simultaneously claiming membership in the Texas Mexican Mafia.

He had tattoos that showed he was part of the gang, while he also sold drugs to Texas Mexican Mafia members. When the gang found out one of its members was actually a cop, they were stunned. Texas Mexican Mafia leadership sent word to Reyes that they wanted the gangster cop dead. Reyes then ordered several underlings to execute Pesina, which they successfully did. The firearms used to kill Pesina were subsequently given to Reyes.

After having been the good soldier his bosses wanted, Reyes saw a bright future for himself. For reasons unknown, the hierarchy disagreed. They greenlit his murder and he was shot in November of 2014.

All his violent life, Reyes had lived by the gun, but seeing now way out he decided dying by the gun was not the way out he preferred. With a fresh bullet wound, he went straight to the San Antonio Police Department and told them all he knew about the Texas Mexican Mafia’s rackets and dozens of murders.

He admitted his involvement in 16 murders, but authorities believe he is tied to at least 35. With such a murderous record, it is no surprise that on November 30, 2016, Ruben Reyes was sentenced to five consecutive life-in-federal-prison terms for the aforementioned five murders. The “Menace” will spend his days at the Federal Bureau of Prisons Administrative Maximum Facility (ADX) “Supermax” facility in Florence, Colorado, a place notorious for its harsh environment.