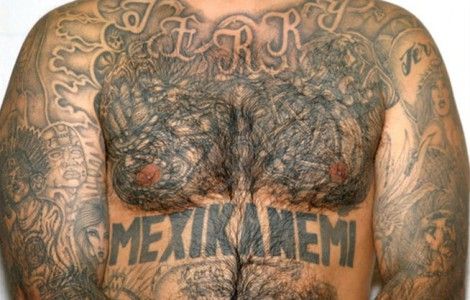 Several leaders and members of the Texas Mexican Mafia (TMM) have been ordered to significant terms in prison during hearings on Monday and Tuesday for their roles in a Racketeer Influence Corrupt Organization (RICO) conspiracy. All of them were charged in a conspiracy involving criminal activities such as narcotics distribution, extortion and money laundering that took place from November 2013 through May 2014.

The highest-ranking members of the group are 45-year-old Juan Felipe Bazan, who is a captain in the Mexican Mafia; 33-year-old Rogelio Ramirez and 37-year-old Gilberto Garcia are lieutenants; 42-year-old Pedro Gonzales is a sergeant; while the remaining defendants are soldiers and associates.

Bazan was sentenced to 216 months in prison, Ramirez received 110 months, Garcia got 222 months, Gonzales has to serve 105 months. All will also serve a three-year-term of supervised release following completion of their sentences.

It also states that 10 percent of the profits from any business or interest shall be contributed to the organization, which is known as “the dime” and is the group’s primary source of income. The Texas Mexican Mafia collects “the dime” from members, prospective members or sympathizer. Texas Mexican Mafia members and prospective members often earn their income by threatening individuals with harm if they do not pay the member for protection from other threats or by extorting others who traffic in illegal drugs.