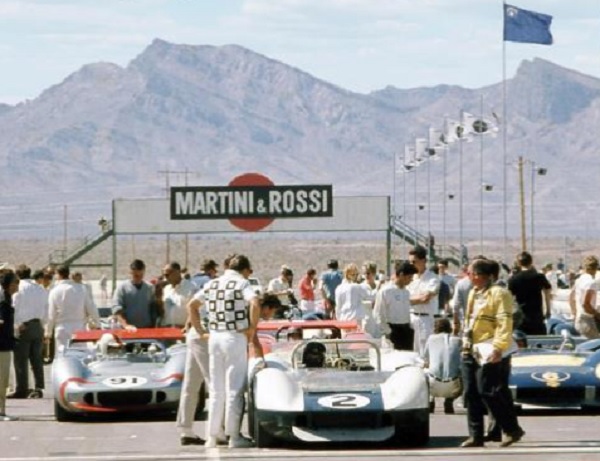 Time to schedule your latest visit to the Mob Museum in Las Vegas! On March 1, author Randall Cannon will delve into the American Mafia’s influence on professional motorsports in Sin City.

Professional motorsports arrived in Las Vegas with the introduction of the Stardust International Raceway in the 1960s. Constructed with real grandstands, sanitary facilities and air-conditioned timing towers, the place would host some of the biggest racing names of that era, like Mario Andretti, Parnelli Jones, John Surtees, Mark Donohue, Bobby Unser, Dan Gurney and Don Garlits.

Its connection to the mobbed-up Stardust hotel, however, meant it quickly became notorious with organized crime activity off the Strip. Pretty quickly, the track stood at the confluence of shadowy elements involving the mob, wiretaps, casino skimming, Howard Hughes, and the beginnings of Watergate.

In his book Stardust International Raceway: Motorsports Meets the Mob in Vegas, 1965-1971, Randall details the Stardust's colorful history through the auto racing monthlies, national newspapers, extensive interviews and the files of the FBI.

At the Mob Museum he will share some of his insights and sign his book. Motorsports and the Mob: The History of the Stardust Raceway in Las Vegas will start at 2 p.m. in the Oscar B. Goodman room on the 3rd floor.