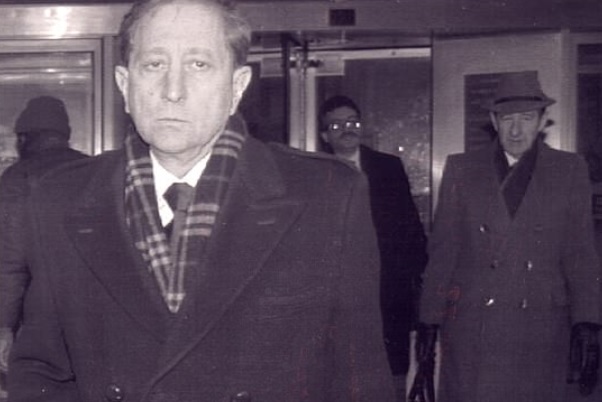 As far as Mafia bosses go, Carlo Gambino is one of the most legendary. His name remains notorious as it is still branded on one of New York’s five La Cosa Nostra families. Being the son of such a man, then, came with the inevitable perks. And some drawbacks as well. As his son Joseph found out.

Joseph Gambino grew up differently than his old man. He studied at New York University and had a bright future ahead of him if he kept his mind focused. But why study when he could be out making great money working in a business controlled by his dad?

“We don’t call the police”

So, by the 1950s, he started working for Consolidated Carriers Corp., a trucking company that went on to become a powerhouse in the Garment District delivering goods. It would make Joseph and his older brother Thomas, who was a capo in the Gambino family, rich men. But it also made them a target for law enforcement.

The State Police sent in undercover officers posing as clothing manufacturers and truckers in a sting operation to see how legitimate this business really was. During one job interview, an undercover officer was told by Joseph what would happen if he wronged the company: “We don’t call the police — we take care of it ourselves.”

Besides Consolidated Carriers, the Gambinos ran over a dozen other trucking companies, including Clothing Carriers, Greenberg's Express and GRG Delivery. New York City garment producers were pressured to take deliveries from a trucking company that was either controlled by the Gambino or the Lucchese family. Otherwise they were forced to pay twice. This amounted to a mob tax which added as much as 7 percent to the price of finished garments.

In October 1990, the investigation was wrapped up and resulted in the indictment of Joseph and his brother Thomas along with several others on a hefty list of racketeering charges. The two Gambino brothers faced up to 25 years behind bars.

After several weeks of trial, on February 26, 1992, Joseph and Thomas made a very lenient plea deal. They pleaded guilty to antitrust charges and were told by prosecutors that if they paid a multi-million-dollar fine and promised to leave the garment district they would not be sentenced to time in prison.

Joseph and Thomas forked over $12 million dollars and simply walked away from the business. They had to sell all their delivery companies and all of their 400 trucks to individuals with no connections to organized crime before March of 1993. Their $12 million dollar fine could be paid in stages and had to be paid in full by September 1995.

There was some criticism over the deal, of course. Joseph and Thomas Gambino had made a killing while they held the Garment District in a chokehold. “Prosecutors conceded that in addition to leaving the Gambinos free men, it would leave them with a considerable portion of their estimated $70 million to $100 million fortune,” the New York Times reported at the time.

Joseph Gambino lived out the remainder of his life in freedom and away from the mob. The Gambino family was now under firm control of the Gotti clan and had moved on from the days of the Gambinos. Joseph Gambino passed away in March of 2020 at age 83.