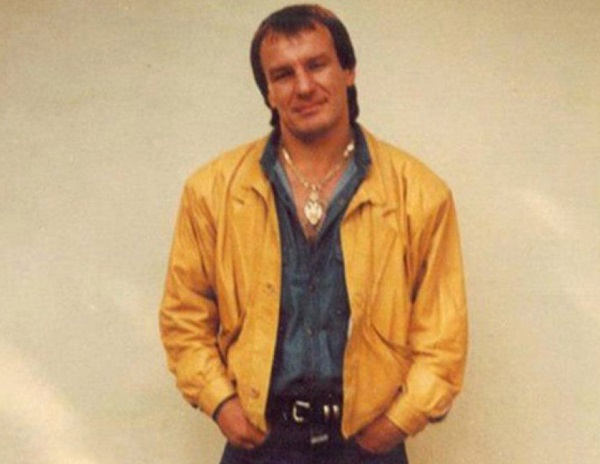 Ljubomir Magas (photo above) was born in Zemun, a municipality in the district of Belgrade, Serbia, formerly known as Yugoslavia, on May 27, 1948. For a while he worked at a tractor factory, but it wasn’t long before his dark side came to the front. In 1964 he was said to have been involved in a murder. In the following years, he was frequently arrested for various crimes ranging from making threats to committing robberies. He was convicted of one such robbery in 1965 and sent to a juvenile detention facility in Nis. A year later he added another robbery conviction to his record.

As an amateur boxer Magas liked to fight and he was involved in countless street fights. In one such fight in 1967, he beat up a student. Fearing another stint in prison, he fled to Austria until things cooled off. By then he had built a reputation on the streets for being a strong, aggressive, and vindictive gangster who was feared by his peers in the underworld.

In the fall of 1967, the then 19-year-old Magas was sentenced to 2 years and 8 months behind bars for rape. His future right-hand man, Rade “Centa” Caldovic, was also a suspect in this rape, but was acquitted in court. During his stay in prison Magas developed himself into a leader who would dominate the world inside the concrete walls. He frequently assaulted and humiliated other inmates.

In March of 1971, Magas was again on the move. This time he fled to Italy so he wouldn’t get arrested for car theft. He settled in Milan. Italian police quickly had him in their sights for several armed robberies and deported him to West-Germany, this being during the Cold War with the Berlin wall still separating much of Eastern Europe, including Yugoslavia, from the West.

He then settled in Frankfurt, Germany, and began working as a bouncer. He recruited a gang of Yugoslavian criminals around him and began doing armed robberies. He eventually expanded into other criminal activities such as extortion and trafficking young women from Yugoslavia to Germany, where they were forced to work in prostitution. He became known as one of the most influential figures in the underworld of Frankfurt in the 1970s and 1980s.

In 1974, Magas was arrested and charged with extortion, making threats, and assault. Around that same time, he was also wanted in Yugoslavia for rape. Yugoslavia asked for his extradition, but Germany refused, only to agree when the Yugoslavs asked again a year later. He was deported to Yugoslavia in September of 1975 where he was subsequently sentenced to 4,5 years in prison.

In the fall of 1978, he fled to Germany again to avoid a rape charge. He stayed there under the alias Giovanni Angelis. Magas was also a suspect in the murder of Veljko Krivokapic in Vienna, Austria, on October 27, 1978. Krivokapic was said to have a conflict with “Centa” Caldovic over gambling debts resulting in his death.

Magas was seen as one of the most powerful gangsters in Germany and had close ties to infamous Yugoslavian criminals like Dorde Bozovic and future war lord Zeljko “Arkan” Raznatovic. According to some sources, Magas worked closely with the Yugoslavian intelligence service UDBA in the 1970s.

In January of 1980, an international arrest warrant was issued for Magas in Yugoslavia where he was still sought for the 1978 rape accusation. West German police arrested him and deport him on February 20, 1981. He is sentenced to a 5-year term and is released on bail in October of 1982. Like clockwork he escapes and flees to Germany again.

Come at the King

During a big operation by West German police in 1983, twenty individuals are arrested and charged with extortion and armed robberies. Among them is Magas. While he is locked up other Yugoslavian gangsters feel strong enough to challenge his power.

One of them is Goran “The Ape” Vukovic. He began doing armed robberies by himself without Magas’ approval. When Magas found out, he and two associates, Slobodan Savic and Vlada Bacar, attempted to murder Vukovic in January 1985. Vukovic was wounded, but survived. Magas was arrested, but released due to insufficient evidence.

The pair had a face-to-face showdown almost two years later. On November 10, 1986, shortly before 10.30 a.m. Magas and Vukovic run into each other in front of the regional courthouse in Frankfurt. Vukovic pulled out a gun and shot Magas twice in the chest. He died several hours later.

According to Norbert Mappes-Niediek, author of the book “Balkan-Mafia, staaten in der hand der verbrechens”, at the time of his death, Magas was at the height of his power. He was at the head of an organization of 250 Yugoslavians all involved in various criminal activities.