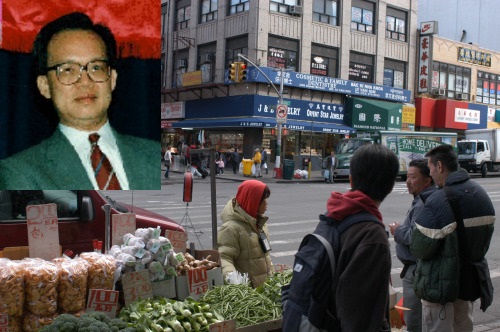 New York's Chinatown has become a favorite among tourists. With scores of Chinese immigrants settling in the Big Apple every year, Chinatown expanded rapidly. Currently it is even larger than the famous Little Italy. During the late 1980s to the mid-nineties, the On Leong Chinese Merchants Association was the city’s most prominent Tong, an organization consisting of Chinese immigrants looking out for the area’s businessmen and shopkeepers. But as with most of these organizations they mostly looked out for their own, using the Tong as nothing but a front for their true business: organized crime.

The On Leong Tong was no different then, using a gang named the Ghost Shadows as muscle and protection. For over a decade the Ghost Shadows terrorized New York. According to the FBI, 75 percent of all businesses in Chinatown paid them extortion money. They also ran betting parlors and had a scheme going where they scammed 300 Asian investors out of $10 million. 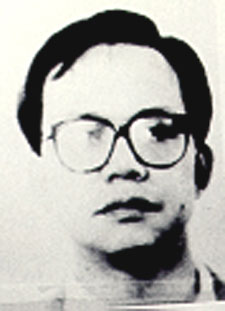 The main power behind the On Leong Tong and Ghost Shadows gang was Wing Yeung Chan, a fifty-year-old who favored slacks and sports jackets, and shunned ties. From looking at him, you would not believe he was the man in charge of Chinese organized crime in New York, but people on the street knew who he was and what he stood for.

Chan (right) arrived in New York as a young man, starting out working a job as a clerk in a grocery store. His second job, sweeping the floor at a Chinese gambling parlor, became his introduction into the Chinese underworld. Pretty soon he was one of the most powerful men in Chinatown as leader of the Ghost Shadows gang.

His younger brother Wing Lok served as his street boss, dealing directly with the men responsible for the killings and beatings. Lok, unlike his older brother, was flashy. He liked fancy cars, beautiful women, and had a lust for booze. A third brother, Wing Wah, was in charge of all the gambling operations. To make the family affair complete, a fourth brother supplied the Ghost Shadows with guns. All brothers made a good living off of their criminal deeds. Chan owned a condo in the trendy Tribeca neighborhood of New York, while Wing Lok lived in a $2,225-a-month East Side apartment.

New York's Asian communities are rife with Asian street gangs. Its members all coming from different parts of China or Asia. Some of the gangs had connections with Tongs, while others were strictly out for themselves. During the 1990s the most important gangs were: the Chinese Ghost Shadows, Flying Dragons, Tung On, Fuk Ching, Green Dragons, White Tigers, Hung Ching, the Taiwan Brotherhood, and the Vietnamese Born-To-Kill gang.

All these gangs were fighting for their piece of the city rackets and things got violent quickly and often. One incident involved Chan's brother Wing Lok. In January 1992, during a night out at the Triple 8 nightclub, while he was enjoying some drinks and the women that flock to men of his stature, members of the rival Tung On gang attacked him and beat him to a bloody pulp.

Busted up, Lok knew he needed to safe face. He did so a few days later when he killed a Tung On gang member on East Broadway. A tit for tat war erupted. The Tung On avenged their loss by opening fire inside a pool-hall in a shooting that left an innocent bystander dead and authorities in shock.

Meanwhile, the violence continued, this time involving other gangs as well. On July 12, 1992 members of the Ghost Shadows beat and robbed Shui Bao, the leader of the rival Flying Dragons. A week later, the Ghost Shadows went to a meeting where things were to be handled in a civilized matter, yet it didn’t go that way. Instead, it ended in a blood bath. 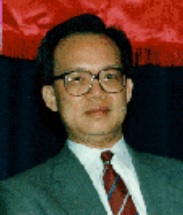 Shui Bao had lost so much respect after the beating that he had to retaliate immediately or he would lose all credibility as a gang leader. When Wing Yeung Chan (right), Wing Lok Chan, and six other Ghost Shadow members arrived, they were met by twenty Flying Dragon members with knives and guns. One Ghost Shadow was shot to death, while Wing Lok barely made it out alive after being stabbed.

The constant beatings, stabbings, and frequent murders brought a lot of heat from law enforcement and by the mid-nineties the entire leadership of both the Ghost Shadows and the Tung On was in prison. Wing Yeung Chan and his brother Wing Lok both agreed to testify against their underlings in return for a second chance at life outside prison.

After their departure from the scene they were replaced by others. With a steady influx of Chinese immigrants there is never a shortage of fresh recruits. Though the extreme violence of the 1990s has died down, the rackets remain and those in control continue making copious amounts of money plying their illegal trade.