The deadly criminal conspiracy behind the Rio 2016 Olympics 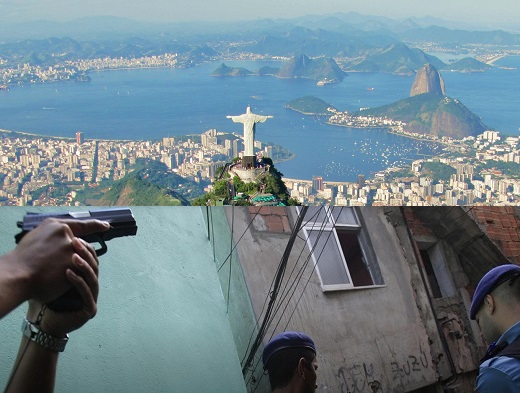 Poverty, crime, violence, corruption, and environmental pollution dangerous to public health. Yeah, it’s pretty clear why the International Olympic Committee (IOC) chose to host the 2016 Olympics in Rio de Janeiro. Just in case it wasn’t, Gangsters Inc. decided to shine a light on all the dead bodies and bloody millions dumped and hidden in the Brazilian city to make way for the bright colorful Olympic logo.

So again, why did the IOC choose to host the Olympics in Rio de Janeiro, Brazil, despite all the aforementioned horrible conditions? Well, it’s probably due to the same reason FIFA chose to host the 2020 World Cup, a summer event, in the scorching desert of the Middle Eastern country of Qatar: Money.

Brazil is easy pickings for those interested in overlooking the rule of law and making a nice sum, it’s a country in turmoil. Many of its political leaders have been accused of or linked to corruption – most prominently in the recent Petrobras scandal in which politicians allegedly took kickbacks in exchange for awarding public contracts.

The Petrobras scandal resulted in 117 indictments, including five politicians, and criminal cases against thirteen companies. According to Petrobras officials, the total amount of all bribes paid comes in at nearly $3 billion – individuals walked away with hundreds of millions.

Following the money, investigators ended up at Brazil’s highest elected officials. Even Brazilian President Dilma Rousseff came under scrutiny as she was chairwoman of Petrobras for much of the time the kickback scheme was taking place. Though she was never charged, she is currently under impeachment and has been replaced by an Acting President.

The scandal also put investigators onto a more recent scam connected to construction projects for the Rio 2016 Olympics. Five engineering firms - Odebrecht SA, OAS SA, Andrade Gutierrez SA, Queiroz Galvao SA, and Carioca Christiani Nielsen Engenharia SA - are building most of the $11 billion worth of venues and infrastructure needed for the Olympics. All five companies are under investigation for price fixing at Petrobras.

As the saying goes, “Greed kills more people than cancer,” and this is true not just in the underworld, but in the world of the white collar criminal as well. Over 1,200 (and counting) slave workers have died during the construction of soccer stadiums in Qatar for the world’s biggest sporting event. And for this summer’s Olympic Games in Rio de Janeiro several hundred more people will have died to put up the squeaky clean image audiences watching at home around the world love so much.

In order to put up that image, and also guarantee a safe environment for visiting athletes, fans, and dignitaries, Rio de Janeiro had to deal with its slums and drug gangs. Since they already invested all their billions of dollars into stadiums and bribes, the slums would just have to remain for the time being. Nothing the politicians could do about those. By now these slum villages, known as favelas, are part of Brazil’s landmarks as much as their statue of Jesus Christ, they are the focus of box office hit motion pictures like Tropa de Elite and Fast and the Furious and blockbuster video games like Call of Duty.

“Police in the state of Rio de Janeiro have killed more than 8,000 people in the past decade, including at least 645 people in 2015,” Human Rights Watch reported. “One fifth of all homicides in the city of Rio last year were police killings.” 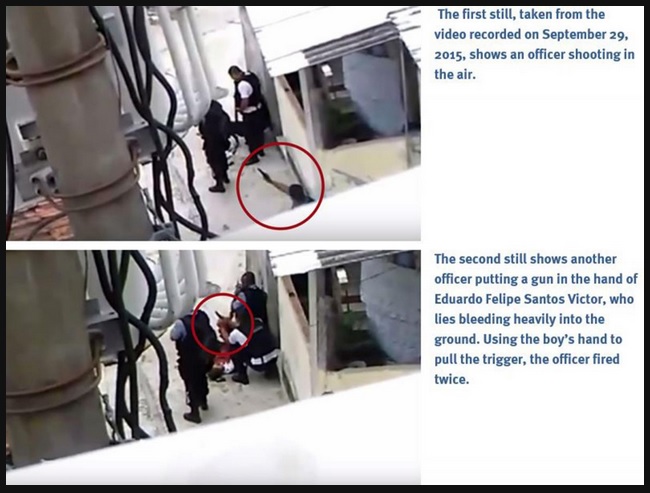 “Violent crime is a very real problem in Rio, but executing suspected criminals is not the answer,” said Maria Laura Canineu, Brazil director at Human Rights Watch. “These unlawful killings turn communities against the police and undermine security for all.”

“By failing to investigate killings by police, the authorities are not only denying justice to victims’ families, they are also doing a great disservice to the Rio police force itself,” Canineu said. “As long as there’s no accountability, there will continue to be officers who commit extrajudicial executions, making the job of policing Rio more difficult and dangerous for all the rest.”

Indeed, corruption starts and ends at the top. As soon as a leader decides to end it and subsequently lets his underlings suffer the consequences if they continue on with the bribery, corruption will surely disappear from the political ranks and all the rungs beneath.

For now, let us all get blinded by yet another successful sporting event organized on the dead bodies of thousands. Who cares about the billions in bribes that leak away to those with blood on their hands? Who cares athletes will row their way to an Olympic medal through raw sewage?

Just close your eyes and hold your breath. It’s what is needed to ignore, once more, the results of systemic corruption. So we can do it all again the next time. Enjoy!