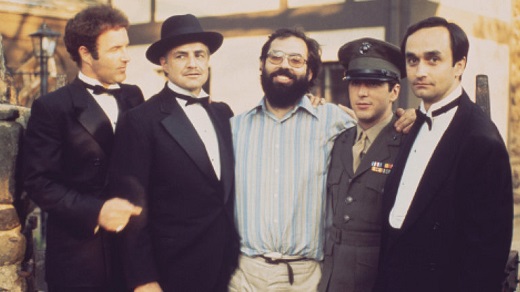 The gang is back together! The entire (surviving) cast of The Godfather will reunite for one special evening. Al Pacino, Robert De Niro, James Caan, Robert Duvall, Diane Keaton, Talia Shire and the man behind the camera Francis Ford Coppola will come together on April 29 for the Tribeca Film Festival’s closing-night screenings of The Godfather and The Godfather Part II.

The reunion is to celebrate the classic film’s 45th year anniversary. The Godfather crew will also participate in a panel discussion on April 29 at New York’s Radio City Music Hall. In doing so they pay homage to Michael Corleone’s famous line: “Just when I thought I was out, they pull me back in.”

The Godfather and its sequel are considered among the best movies in Hollywood history. Its stars went on to have critically acclaimed and award-winning careers, chief among them Al Pacino and Robert De Niro.

The film was also a big hit among members of the Italian American Mafia, with several generations of mobsters claiming it had a profound influence on how they perceived their life of crime.

Watch the official trailer for The Godfather below: