In her latest book Gangland Boston: A Tour Through the Deadly Streets of Organized Crime, Boston Globe reporter Emily Sweeney details over a century of heists and killings involving the Italian Mafia, the Irish Mob, Chinatown Tongs, and brutal crews. “’Tis a small world!”

“Boston’s underworld is insular, and at times, surprisingly diverse,” Sweeney tells Gangsters Inc. “The criminal element in this city has been represented by many ethnicities. Over the years it’s had Jewish gangsters, Italian mobsters, and Irish gangs. Mob hitman Joe “The Animal” Barboza was of Portuguese descent and then there were several Polish gangsters, Greeks, even Syrians.”

All these groups and characters vied for the same piece of the rackets, of which Boston had plenty. “All the usual schemes,” Sweeney nods. “Gambling, narcotics, extortion, loansharking, of course bootlegging liquor was big during Prohibition, and old-fashioned robberies have never gone out of style. Some of the biggest heists in history have happened here. The Plymouth mail truck robbery of 1962 went unsolved and $1.5 million of stolen cash is still unaccounted for. The Brinks Robbery of 1950 was another huge score, and less than $60,000 of that stolen money was ever recovered. The rest disappeared without a trace.”

Sweeney: “That’s the one thing that really intrigues me about crime in Boston: The mystery of whatever became of the money that was stolen in the Brinks Robbery and other big heists. So much money just disappeared into thin air.” 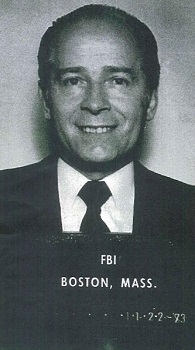 Folks in Boston knew how to keep a secret. Regardless of what came to light in recent decades, the code of silence was strong among the tight-knit working-class neighborhoods where many cops and hoodlums grew up alongside each other, creating bonds for a lifetime.

“Boston is smaller than Philadelphia and New York City, both in terms of population and geography,” the longtime Boston Globe reporter explains. “Perhaps that’s why Boston seems like such a ‘small world.’ Just look at how former FBI agent John “Zip” Connolly grew up in the same housing project in Southie​ as mob boss James “Whitey” Bulger.”

If friendships weren’t enough, take a look at all the familial connections between the underworld and politics and law enforcement, Sweeney offers. “I’ve always been fascinated by instances where a brother in one family lived a life of crime and another sibling went to work for the government. Whitey Bulger’s younger brother went on to lead a successful career in politics and served as president of the state senate. Stephen “The Rifleman” Flemmi’s brother ​Michael​ was a Boston police officer, and his other brother, Jimmy "The Bear" was a violent killer.”​

The connections between the underworld and the one above even hit close to Sweeney’s job, she adds. “Two Irish mobsters ​-- ​Thomas Nee and Joe Murray ​-- ​once worked for the Boston Globe. That’s where I work. Like I said, there are so many connections. ’Tis a small world indeed!”​

Boston’s gangland was no different. When Sweeney first began writing her book, her publisher wanted her to write it around the geography of the city and focus on specific locations and neighborhoods. Sweeney: “At first, they suggested writing chapters for each neighborhood, but I said that would be impossible because there was so much overlap. Boston is a pretty small area, and gangsters covered a lot of ground and moved from neighborhood to neighborhood.”

To keep things orderly and exciting, she highlights historic stories that remain interesting even today. Of course, her main focus is on the many places where gangsters lived, worked, played, and in some cases, died. Sweeney compiled an interactive map of many of the locations featured in the book, which you can find on her website www.bostonorganizedcrime.com She has also shared many photos on her Facebook page www.facebook.com/BostonOrganizedCrime

Looking back to the late 1800s, it is interesting to analyze what made Boston such a greenhouse for a variety of crime groups. Sweeney: “Generally speaking, I think organized crime is shaped by whatever laws are on the books and criminals typically follow the money, taking part in the illicit activities that are profitable. For example, for many years street gambling was rampant all over Boston, but when the state lottery was introduced illegal betting operations and bookies took a big hit. Just like when Prohibition was repealed, licensed bars eventually replaced the speakeasies. I think the changing demographics of urban neighborhoods has also played a role in how organized crime groups around here operate.”

Law enforcement has a big influence on the rise or fall of criminal gangs. Sweeney feels that local, state, and federal authorities are sometimes overlooked when covering the underworld. That is why she shares many of their stories in her book.

“I included some amazing stories from Mike Swidwinski, a DEA agent who was tasked with one of the most difficult assignments of all: To conduct surveillance on Whitey Bulger in South Boston. Another police officer featured is Daniel McDonald, who survived a violent attack by the Gustin Gang,” she says.

“Of course, while the majority of law enforcement officers have upheld the law and fought for justice, there have been some that have turned a blind eye to crime, or even worse, participated in it firsthand,” she adds. “One example that comes to mind is the infamous robbery of the Depositors Trust Co. in Medford over Memorial Day weekend in 1980. Reportedly $1.5 million in cash was stolen and God only knows how much jewelry. The heist took place in Medford and was orchestrated by a group that included a Medford police lieutenant, a Metropolitan police captain, a Metropolitan police sergeant and a fellow by the name of Arthur “Bucky” Barrett – who was later slain in 1983. Whitey Bulger was convicted of his murder.”

Talking about Whitey Bulger, he has grown into one of the most (in)famous mob bosses in not just Boston but around the world. Many in the media and public tend to equate this fame with genuine influence, but who is Sweeney’s pick for most powerful crime boss in Boston’s history? 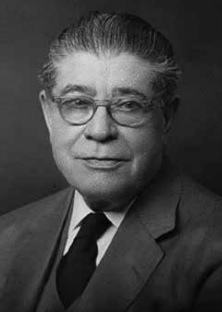 “That’s a tough one,” she tells us. “It’s too difficult to choose just one​! Phil Buccola was​ considered to be​ ​the New England Mafia don​ for a long time. ​Prior to Buccola, there was Gaspare Messina (photo right), who was picked to serve as a “capo di capi” – boss of bosses - during the Castellammarese War. He only held the title briefly, but it just goes to show you how respected he was by his peers. Then, later on, Jerry Angiulo ​became a formidable figure who built ​a ​tremendous​ly profitable ​empire. Like I said, it's too hard to choose.”

Despite strong leadership in the past, however, currently organized crime families that date back to those days aren’t in great shape. “When it comes to the mob in Boston, I would say it’s nowhere near as strong or influential as it once was,” she says. “Just a few years ago, my colleague at the Boston Globe, Milton Valencia, reported that there were no​ more than 30 made members ​left ​in the New England mob. ​That's pretty astonishing, when you consider that not too long ago there were upwards of 100 m​ade men here. ​And if you go back even further, back to​ 1895​, ​there were ​supposedly ​200 Mafia members in ​and around ​Boston. How times have changed.”

Gangland Boston: A Tour Through the Deadly Streets of Organized Crime by Boston Globe reporter Emily Sweeney is now available online at Amazon or at a store near you. You can read her reporting in the Boston Globe newspaper.