The Kennedys: Whiskey Barons in the White House As the Italian Mafia rose in power across the country, a less organized but just as powerful underworld of Irish corruption was beginning to take shape. At the top of this hierarchy of politics and payoffs was an unlikely figure – a man celebrated as the patriarch of America’s greatest political dynasty. Joe Kennedy may have led his family to the White House but the way he got there revealed his status as the Godfather of an entirely different kind of family.

“The flower may look different, but the roots are the same,” was how mobster Sam Giancana once put it to his brother, describing how the Kennedys were operating within the same corrupt universe as the Mafia. 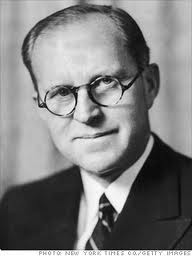 Joe Kennedy’s (right) overwhelming ambition to succeed frequently placed him outside the law. He stole elections, manipulated private financial markets and government agencies, and formed alliances with the most notorious killers and crime bosses in the country when it suited his interest. Even in the most elite circles, however, his unsavory reputation only increased his power.

Despite his days as a notorious stock fixer, President Franklin Delano Roosevelt tapped Kennedy to lead the newly formed Securities and Exchange Commission, a New Deal agency set up to reform and regulate the financial markets. Roosevelt was said to have explained the odd choice by repeating, with a laugh, an old saw – “It takes a thief to catch a thief.”

Thomas G. Corcoran, one of Roosevelt’s senior political advisers, depicted Joe Kennedy, with grudging admiration, as having staged a “remarkable coup d’etat” in putting his son Jack into the presidency. “You have to look at this piece of energy adapting itself to its time. A man not afraid to think in a daring way. He had imperial instinct. He knew what he wanted – money and status for his family. What other end is there but power?” Corcoran said. “These are not the attributes of the philosopher, the humanitarian, educators or priests. These are the attributes of those in command.”

Papa Joe’s willingness to cheat and steal would one day land his son in the White House, but it all began in Boston and its tradition of dirty ward politics. Joseph Patrick Kennedy was born on September 6, 1888. His father, Patrick Joseph “P.J.” Kennedy was a ward boss from East Boston who rose to the state senate with the support of the Boston liquor lobby. After graduating from Harvard and becoming the youngest bank president in the country at age twenty-five, Joe Kennedy entered the political world himself.

Joe married Rose Fitzgerald in October 1914. With the vows, he entered into Boston political royalty – her father, John “Honey” Fitzgerald, was in the midst of a legendary career. Fitzgerald was the consummate Irish pol - he is still remembered fondly for his tireless campaigning and singing “Sweet Adeline” at political events. He was said to be the first politician to campaign by automobile: dramatically speeding across Boston, he preached his message at twenty-eight rallies on the last night of his successful 1905 campaign for mayor. But there was another side of Honey Fitz’ two terms as mayor of Boston, one marked by sworn testimony of payoffs and cronyism. Like other big city politicians at the time Fitzgerald relied heavily on alcohol, prostitution, and violence to win elections.

In 1918, Joe Kennedy was part of Honey Fitz’s last winning election, a victory over incumbent Massachusetts congressman Peter F. Tague. As a key strategist, Joe acquainted himself with the city’s growing Italian immigrant population. In his old neighborhood of East Boston, Kennedy recruited and paid Italian thugs to intimidate potential Tague voters sending them into election precincts with instructions to use threats and physical violence. A few professional boxers were also hired. Kennedy achieved his goal; his father in law defeated the incumbent by a mere 238 votes.

But one year later, after a congressional investigation into the campaign, Fitzgerald was formally accused of voter fraud and his election was overturned. House investigators determined that at least one-third of the votes in East Boston were fraudulent. Other Fitzgerald votes were determined to have been cast by men who had been killed in combat or were still stationed overseas in World War I.

The investigators suspected Kennedy of playing a major organizational role in the fraud, including illicit campaign financing. Fitzgerald was unseated and ended his career in humiliation but, as would happen again, Joe Kennedy escaped the scandal unscathed.

In 1927, Joe Kennedy was out of the increasingly dangerous liquor business and looking for a new adventure. That year he took his fortune to Hollywood where his stint as a budding movie mogul spanned the end of the Silent Era and the beginning of the talkies. Gangsters were already calling the movie business “the new booze” and Kennedy was ready to exploit it for his own profit.

In Hollywood, Kennedy felt a freedom to indulge. Far away from Boston, he carried on affairs with movie starlets and a mob widow. He also met more openly with organized crime figures than he ever had during his bootlegging days, including Johnny Roselli, the underworld’s main representative in the movie business. Years later, before a U.S. Senate Committee Roselli testified that Joe Kennedy had begun courting him almost as soon as he arrived in town.

Known as the underworld’s Mister Smooth for his good looks and slick dress, Roselli was born in Italy and raised in East Boston, the same area where Kennedy’s Irish immigrant grandfather had first settled and been a ward boss. He was still living in Boston in 1918 when young Joe Kennedy showered the neighborhood with money, hiring thugs on behalf of Honey Fitz. 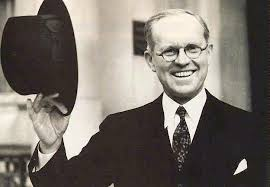 By that time, Roselli was a skinny thug looking for an opportunity. By the age of seventeen, he’d been arrested twice for narcotics trafficking, once due to a sting operation involving an informant. After spending six months in jail, Roselli was released and the informant was found dead. When local police came looking for him, Roselli fled to Chicago where he landed a criminal’s dream job as Al Capone’s personal driver.

Kennedy (right) used Roselli’s influence with Hollywood trade unions to avoid costly strikes but he didn’t need any help to make a dishonest buck. He made his most ethically questionable profits at Pathe, the newsreel company that had been around since the beginning of motion pictures. Kennedy plundered the stock there after being brought in as a special advisor. The insider deals he made at Pathe were corporate robbery that would be punishable by a jail sentence today.

In his biggest scheme, Kennedy arranged to pay himself eighty dollars a share, while the average stockholder received a dollar-fifty share. Since he acquired his stock at thirty dollars a share he more than doubled his investments and made a fortune. Stockholders felt swindled and filed suit but nothing came of it. One stockholder who lost her life savings to Kennedy in the scheme wrote to him: “This seems hardly Christian-like, fair, or just for a man of your character. I wish you would think of the poor working women who had so much faith in you as to give their money to your Pathe.”

Kennedy learned to truly make a killing in the movie business he needed to control distribution by owning his own theater chain. In 1929, Kennedy’s attempt to purchase the Pantages Theatre Chain was rejected by the company’s owner Alexander Pantages, an illiterate Greek immigrant. The chain was the second biggest on the West Coast and its primary showcase was an elegant Art Deco movie palace at the corner of Hollywood and Vine. After several bullying maneuvers against Pantages failed, Kennedy resorted to a more sinister plan.

On the evening of August 9, seventeen-year-old Eunice Pringle, wearing a low cut red dress, went to Pantages’ office inside his theater on South Hill Street in downtown Los Angeles. Several minutes later, she ran screaming into the lobby, collapsing into a man’s arm and screaming, “There he is – the beast. Don’t let him get at me.” She pointed at Alexander Pantages. A cop arrived on the scene and she told him Pantages tried to rape her. “It’s a lie,” protested Pantages, who spoke little English. 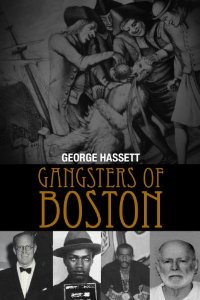 The trial was a Hollywood sensation. The girl, Pringle, was described by one newspaper as “the sweetest seventeen since Clara Bow.” Pantages, on the witness stand, broke into tears and repeated over and over in halting English, “I did not. I did not.” He came off as a crude, paranoid foreigner. A jury found him guilty and he was sentenced to fifty years in prison.

Pantages appealed the verdict and a team of private investigators found evidence that Eunice Pringle was a professional con artist, and likely a prostitute. At a second trial, Pantages was acquitted but the scandal crippled his business. In November 1931, he finally cut his losses and sold to Joe Kennedy for less than half what Kennedy offered a few months before.

Two years after the acquittal, Eunice Pringle told her lawyer she wanted to tell the truth. Rumors began to circulate that she was ready to name names. Suddenly, she died of unknown causes. On her deathbed she confessed to her mother that men representing Joe Kennedy had paid her to set up Pantages. For her perjured testimony she and a boyfriend/agent were paid $10,000 with a promise that studio boss Joe Kennedy would make her a star. The night she died she showed signs of cyanide poisoning.

Whether or not Kennedy had Pringle killed to silence her, no one would ever know. For one thing no autopsy was conducted. It might seem farfetched that Kennedy would resort to murder but he had been leading a double life ever since he entered the public sphere.

Joe Kennedy resorting to murder seems farfecthed? Please. The family had people killed or left people to die. Look at what happen to members of the family. What goes around comes around.

Joe Kennedy murdering someone to keep them quiet is a given in my mind. He had people killed from an early age on. Whatever what give him the leverage he or his family needed. Joe Kennedy had no conscience. He was blatant about his style.