He was one of the last old school Chicago Mafia leaders to pass away, media wrote when Marco D’Amico died on April 22, 2020. It was a cliché that – between the lines - revealed the downfall of a once mighty criminal empire. One that D’Amico played an important part in.

Born on January 1, 1936, Marco D’Amico fit right in with some of the crazier gangsters operating in Chicago. That says a lot, seeing how the city was home to torture-murderers like Tony Spilotro and “Mad Sam” DeStefano and a boss like Joey “The Clown” Lombardo, who never missed a chance to live up to his nickname, but would just as easily smile-kill you, if needed. 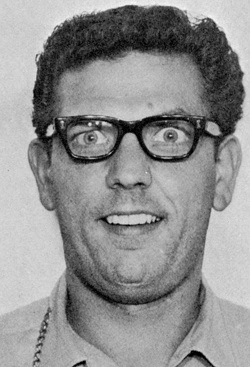 Biting the finger off a cop: charges dropped

D’Amico (right) earned his crazy stripes in 1983 when he got pulled over by a police officer on suspicion of drunk driving. The cop had seen correctly that D’Amico was intoxicated, but the mobster wasn’t about to get busted for something as insignificant as a DUI.

So, he pulled a: “Do you know who I am?!” on the officer. Stunned, the cop replied he didn’t know nor that it mattered. D’Amico then went straight for the cop’s finger and bit it off. Like a madman.

After this violent incident, D’Amico was proven correct in using the “Do you know who I am?!” line. He indeed had a lot of pull. After biting off the finger of a cop, the charges were dropped. Some guys were above the law, it seemed.

It was indicative of the power of the Chicago Outfit of the 1980s. Back then, it not only ruled the underworld in Chicago, but multiple casinos in Las Vegas as well. It still had corrupt contacts in law enforcement, the courts, and even in politics.

This created the perfect working environment for a mobster like D’Amico. From gambling and loansharking to extortion and violence, D’Amico had all the freedom he needed. And back up as well, of course. As a made member of the Outfit’s Elmwood Park crew, he could rely on plenty of muscle. D’Amico himself brought plenty to the table as well, earning the nickname “The Mover” because he always got things 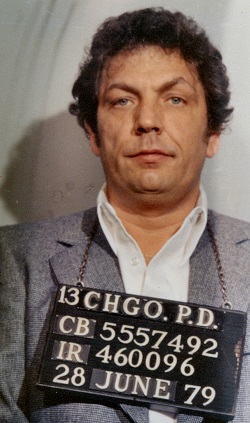 His biggest ally in the crew was John “No Nose” DiFronzo, who would eventually become the boss of the Chicago Outfit. John Binder, a historian and expert on the Chicago underworld, told ABC7 Eyewitness News that: “D'Amico was close to John DiFronzo for quite some time. His own money was (as an investor) in the large-scale marijuana farms the Outfit ran in Inverness and Carol Stream some years ago, alongside that of John DiFronzo and his brother Joe. He was also part of John DiFronzo's inner circle, meeting with him every day at the old Loon Cafe and after that in another near west suburban location for an extended lunch.”

But times were changing fast. La Cosa Nostra’s power and influence were dwindling fast. D’Amico was confronted with the new reality in which mobsters actually had to face justice for their crimes in the mid-1990s when he was hit with racketeering charges. Gone were the corrupt contacts. Gone was the protective shield of omerta, the code of silence. If he would have gone to trial, he faced snitches and overwhelming evidence.

The Outfit just wasn’t what it used to be. D’Amico pleaded guilty in 1995 and was sentenced to 12 years behind bars. He was released in 2005.

By that time, the Chicago Outfit was in bad shape. Operation Family Secrets had decimated its top leadership and uncovered many of the underworld’s most guarded conspiracies. DiFronzo and D’Amico were still going. The two mob leaders were seen meeting together in public as late as 2009. But the days of brazen robberies and bombings were far behind them.

As a senior figure in the Outfit, D’Amico’s opinion and insight were valued by younger mobsters. According to various sources, he still held the position of consigliere at the time of his death on April 22, 2020. He was 84.