The Springfield Mafia Crew of Western Massachusetts: A Family Business 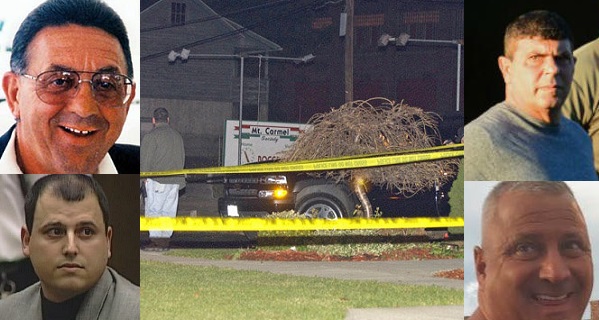 The city of Springfield, Massachusetts, has a hundred-year long relationship with the Genovese Crime Family of New York. Its ties to the Neapolitan Camorra may be equally old. Five associates and members of the Springfield Crew, including its former captain, Ralph Santaniello, are facing federal charges following last year’s arrests. Not among those charged: the Crew’s current reputed leader, Albert Calvanese.

As unusual as it was when Springfield Crew captain Anthony Arillotta turned government’s witness, it was stranger still when he ended Witness Protection with his release from prison, and returned to Springfield. Republican reporter Stephanie Barry wrote in May of this year: "Street sources say the city's so-called ‘new regime’ has reconciled his potential return because Arillotta's testimony didn't cause trouble for any of them, and that Arillotta was backed into a corner by federal investigators." But the man who killed Big Al Bruno (photo above) and took control of the Springfield Crew in 2003 has not returned to leadership. Instead, Barry has identified Albert Calvanese as the Crew’s most recent captain. Calvanese remains untouched by the federal investigation that has resulted in the arrests of five Springfield area men, last year, on charges of loansharking and extortion.

Chief among them is Ralph Santaniello (right), identified at the time of the arrests as the ad hoc leader of the Springfield Crew. Ralph is the son of Amedeo Santaniello, who was a long time second in command to Al Bruno. Amadeo, his brother, Italo, and their wives pleaded guilty to conducting an illegal interstate gambling business under Big Al’s leadership, in 1988. Amadeo and Al had what Barry calls a “nuclear falling out” a few years after this, and Amadeo moved his family to Florida. The Santaniello family returned to Springfield after Bruno’s death.

Anna Santaniello, Amadeo’s wife, is the sister of Victor DeCaro. Victor was married to Adele Scibelli, the daughter of Francesco “Frankie Skyball” Scibelli. Soon after their wedding, Victor was found guilty of manslaughter and served three years. After he was released on parole in 1971, he managed a lounge in Agawam. His father in law dropped him off at work one day, and he was never seen alive again. According to the police, DeCaro was having an affair with the most recent wife of their boss, “Big Nose Sam” Cufari, and had not heeded verbal warnings from Skyball. Victor’s body was pulled from the Connecticut River on the third of July, 1972. 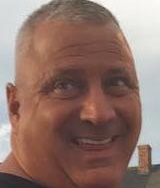 The Scibelli family are from Quindici, in Naples. The Santaniello and DeCaro families are from the neighboring town of Bracigliano. Together, they constitute a ground zero of the Camorra, where families have been waging bloody feuds for generations. The history of Mafia leadership in Springfield, Massachusetts, is full of immigrants from these two towns. The current boss continues this tradition. Albert Calvanese (left) is Amedeo and Anna Santaniello’s nephew, and Ralph’s cousin, on his mother’s side. His ancestors on his father’s side are also from Bracigliano.

Sam Cufari (a Calabrian by birth), Springfield boss since the 1940s, continued to captain the Springfield Crew even after suffering a stroke, and remained its captain until his death at 82. Skyball (whose family was from Quindici) succeeded him and like Cufari, died an old man, of natural causes. A couple years before his death, he handed over leadership to Anthony Delevo, skipping his longtime second in command, Al Bruno. The competitive trend for control of the Springfield Crew accelerated after this. After Bruno’s murder, one of the soldiers from his generation, Felix Tranghese, a first cousin, once removed, of Skyball’s, testified that he was “‘shelved’ by a group of young upstarts in 2006,” when Anthony Arillotta ran the Crew. (Arillotta went to prison in 2011 for Bruno’s murder.)

Along with Arillotta, Santaniello and Calabrese considered themselves the heirs to Al Bruno’s extortion rackets, which towing company owner and city contractor Craig Morel had formerly paid to the slain boss. In last year’s federal indictment, Ralph Santaniello, Francesco Depergola, Giovanni “Johnny Cal” Calabrese, and Richard Valentini, are accused of taking part in Morel’s extortion. Santaniello, whom Barry calls “a longtime fixture in local criminal rackets,” threatened to cut off Morel’s head and bury his body in his own backyard. Santaniello and Calabrese pleaded guilty to four criminal counts including conspiracy and extortion. In addition, Santaniello and Depergola are charged with Genovese underboss Eugene “Rooster” O’Nofrio in a “profit-sharing” loan sharking scheme.

Francesco “Sammy Shark” Depergola was the only eye witness to Al Bruno’s murder, besides the shooter, Frankie Roche. Bruno died in Sammy’s arms. Depergola served two years for racketeering, beginning in 2006. The last co-defendant in this case, Richard Valentini, was sentenced with probation and a fine in 2005, for his part as “probably the third man from the top of an illegal sports betting ring” under Ralph Santaniello and Anthony Arillotta. Ralph’s mother, Anna, was indicted, for the second time, on gaming charges in the same operation. 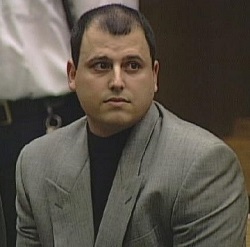 When the current defendants were in their twenties, Anthony Arillotta (left), Ralph Santaniello, and Gerald Daniele were charged with invading the home of Daniele’s former girlfriend and assaulting a guest with a baseball bat. The year after the home invasion, Daniele and Anthony Scibelli made false charges to the police against another of Daniele’s girlfriends. Gerald’s younger brother, Anthony Daniele, and Anthony Scibelli assaulted a man outside a bar in 1993. Gerald Daniele has also been charged with making fake IDs and running an illegal sports betting operation. Daniele, now 52, of Longmeadow, is charged in the federal indictment with making an extortionate loan.

Frankie Skyball’s brothers were both active in the Springfield Crew. Anthony or Antonio Scibelli, called “Turk,” born in 1914, was among the defendants in a gambling and racketeering case with his brother, and received a suspended sentence. Turk died in 1998. He has a son and at least one grandson who also bear his name. The Arillotta associate of the same name, born in 1967, is of no close relation to Skyball and his brothers. He is a grandson of Enrico Scibelli, who hosted the newly arrived DeCaro siblings in the 1950s and 60s, before they both married in Springfield. Anthony bragged in 1993 to his assault victim: "I'm a Scibelli. I'll put a bullet in you if you testify."

Santaniello and Calabrese are scheduled for sentencing at the end of January 2018.

Justin Cascio is a Mafia genealogist and historian. He has written for Informer: The History of American Crime and Law Enforcement and The Mob Museum. You can find him on Facebook at https://www.facebook.com/mafiagenealogy/ or reach him at likethewatch@gmail.com