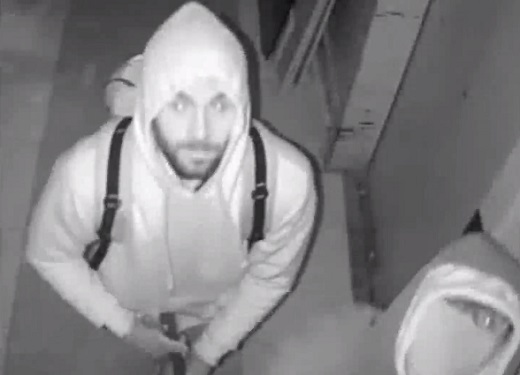 Happy New Year!!! As New Yorkers saw the ball drop at Times Square, a few blocks away three thieves had broken into a Midtown jewelry wholesaler, raided the safes and made off with $6 million worth of valuables. Police suspect it was an inside job and are looking for three men.

Armed with nothing more than a hammer and pry-bar, the three thieves entered the offices of Gregg Ruth, located on the sixth floor, via the fire stairs around ten o’ clock in the evening. Using the noise from New Year’s Eve celebrations as cover, they waited until the clock hit twelve until they began their robbery.

It was like stealing candy from a baby. “The safes were opened. They didn't even have to pry,” a police source told the New York Daily News. The men stole gold, diamond rings, necklaces, bracelets, trinkets, and anything of value. They knew what to look for. All of which suggests an inside job.

From looking at the video footage of the break-in, the thieves do not look like professionals, moving around nervously. Two of them are wearing hoodies, but only one has concealed his mouth, he is wearing glasses too, making identifying him either easier or more difficult depending on whether he wears these glasses regularly. The man accompanying him only has his hoody to conceal his face. He fails miserably and can be seen clearly, with a neatly trimmed beard.

When they notice the camera, both men look up, straight into the lens, before smashing it. Too little, too late. They did successfully complete the theft though, and made off with $6 million in jewelry. Of course, whether they manage to get away with their crime remains to be seen.