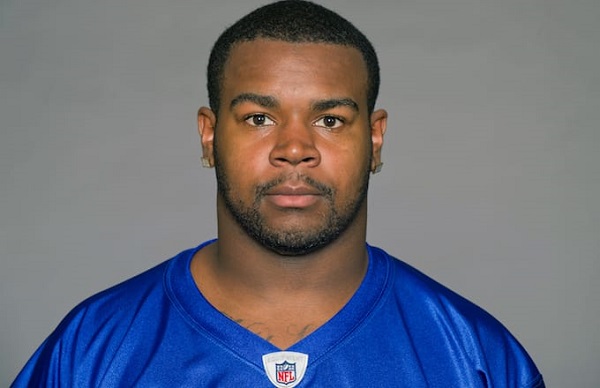 Thee drug gangsters were charged in a six-count indictment, Thursday, which alleges heroin and cocaine distribution, firearm offenses, and the double murder of a 28-year-old ex-NFL player and his friend who were found in the basement of his Detroit home on December 20, 2016.

According to the indictment 34-year-old Michael DeAngelo Griffin, 30-year-old Clifton Dennis Epps, and 47-year-old Mariano Lozoya Garcia were behind the double homicide. Prosecutors say they traveled from Birmingham, Alabama to Detroit, Michigan with the intent to harm Eddins, and in the course of carrying out that purpose, him and Ricardo McFarlin were murdered.

The three men are also charged with trafficking cocaine and heroin.

“The murders of Eddin and McFarlin is just another example of how violence is intertwined with drug trafficking,” stated Timothy Plancon, Special Agent-in-Charge of the Detroit Field Office of DEA. This case was investigated by agents and officers of the Detroit Police Department’s Homicide Task Force which consists of Special Agents and law enforcement officers with the Detroit Police Department; FBI Detroit, DEA Detroit; and the Michigan State Police.

United States Attorney Matthew Schneider said, “Combatting the scourge of drug trafficking and the violence that comes with it is a major priority of the metro Detroit law enforcement community. The collaborative efforts and excellent work of DPD, FBI, MSP, and DEA have culminated in this indictment today. We hope to bring justice for the families of the deceased men and dismantle all organizations that spread these deadly poisons in our neighborhoods.”

We have learned in law enforcement that crime has no boundaries.” stated Capt. Thomas Deasy, Michigan State Police, Second District Commander. “It is through working with our local and federal partners that we are able to take violent criminals off the street and protect not only the citizens of Michigan, but across the county.”