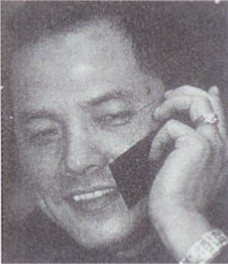 Until December 1999, Macau was under Portugese rule. During that time gambling was legalized, making it a casino state in Asia. It became known as the "Monte Carlo of the Orient". The gambling industry yields big profits and so there are loopholes for loan sharking, prostitution and other kinds of organized crime. The Triads saw the possibilities, and got involved. Two years before the change from Portugese to Chinese rule several Triads were fighting for control of the Macau rackets.

One of the most notorious, and famous, participants in that fight for Macau was Wan Kuok-koi, a.k.a. “Broken Tooth.” Wan Kuok-koi is a leader, or Shan Chu, of the 14K triad. In 1987 Ng Wai came to Macau. Wai was a senior 14K member and together with Kuok-koi, he ousted their leader Ping Mo-ding. As time passed Kuok-koi’s power and influence grew, and Wai considered him a threat. The two men fell out, and Wai ordered an attack on Kuok-koi’s men. Kuok-koi hit back, and an internal war errupted. Kuok-koi had ammassed enough influence and won, taking over Wai’s rackets, which earned him an estimated $6 million a month.

In May 1998 Kuok-koi was arrested. When police came to arrest him, Kuok-koi was watching a movie he himself had produced, titled Casino. Kuok-koi was involved in every level of production of the gangster film. The lead role is played by Simon Yam Tat-wah whos brother is head of the Hong Kong Police Tactical Unit and one-time commander of the Organized Crime and Triad Bureau.

Kuok-koi pleaded not guilty. He said he was just another businessman who had nothing to do with the 14K Triad. He declared himself a bona fide gaming chip trader, a high-stakes gambler and real estate investor. The prosecution lined up some 50 witnesses against Kuok-koi. It also cited a string of media interviews Wan gave in the mid-1990s, in which he allegedly declared himself a leader of the main 14K triad gang.

In November 1999 Kuok-koi, his brother, and seven others were found guilty of criminal association, loan-sharking and illegal gambling. Kuok-koi was sentenced to 15 years in prison. Upon hearing the verdict all men shouted out curses, also accusing police of corruption.

Wearing a white T-shirt, Wan Kuok-koi walked out of Coloane prison in Macau as he smiled at reporters. Now aged 57, he has served over fourteen years there under a maximum security regime and, according to his lawyer, received no special privileges. Kuok-Koi was picked up by two men, one reported to be his brother, in a white Lexus early on Saturday, December 1, 2012.

There is much speculation about what the crime boss will do next. Macau has changed significantly since the days he ruled the island as leader of the 14K Triad. Pedro Leal, one of Kuok-koi's lawyers, told the South China Morning Post: "The only thing he wants is for people to forget him. In recent weeks he's been on the cover of many magazines and they've all talked about his past. All he wants is to be left in peace. He's going to lead a quiet life from now on."