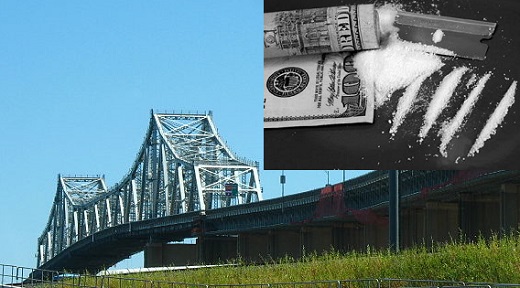 Both men were busted in March of this year along with eight members of the DeCavalcante family, including consigliere Frank Nigro and capo Charles Stango. Capozzi and Galli were loyal members of Stango’s crew and, according to wiretaps, “were willing to confront members of a rival group if called upon to do so.”

An undercover FBI agent managed to infiltrate Stango’s crew, however, and spread out over six occasions between December of 2014 to March 2015 purchased a total of 1,2 kilos of cocaine from Capozzi, Galli, and Charles Stango’s son Anthony.

After winning the gang’s trust, the undercover agent made his biggest “score” on March 6, 2015, when he met Stango, Capozzi, and Galli at a location in Union, New Jersey. During the course of the meeting, which was audio recorded, another mobster delivered over 500 grams of cocaine to the three Decavalcante wiseguys who, in turn, provided that cocaine to the undercover agent. The FBI agent then paid $27,500 in cash for the coke.

The drug distribution count to which Capozzi and Galli each pleaded guilty carries a mandatory minimum of five years, a maximum of 40 years in prison, and a $5 million fine. Sentencing for both defendants is scheduled for March 21, 2016.