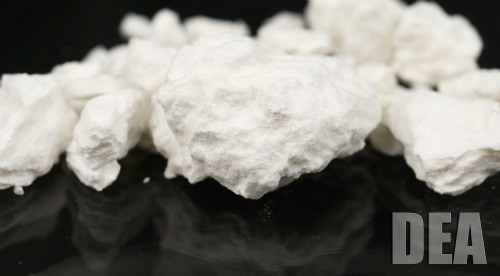 Agents busted two California men in Essex County, New Jersey with more than 140 kilograms of narcotics in their possession. 33-year-old Abraham Castro, of San Diego, California, and 42-year-old Hector Leonel Lucas-Ramos, of National City, California, are charged by complaint with one count of conspiracy to possess with intent to distribute approximately 141 kilograms of suspected cocaine and heroin.

The pair was apprehended on August 27, 2017, in Essex County while they were driving a tractor trailer. After the tractor trailer was seen committing several traffic violations, law enforcement conducted a motor vehicle stop. As officers approached the driver, Castro, they observed Lucas-Ramos run to the cabin-area of the tractor trailer, where he was allegedly trying to close a large bag containing packages of a white powdery substance.

During a subsequent search of the tractor trailer, law enforcement recovered approximately five large duffle bags containing a total of 141 packages. Lab testing later confirmed the presence of heroin and cocaine in the packages.

The two reckless drug smugglers appeared before U.S. Magistrate Judge Joseph A. Dickson in Newark federal court on Monday afternoon and were detained. Each defendant faces a mandatory minimum penalty of 10 years in prison, a maximum potential penalty of life in prison, and a $10 million fine.