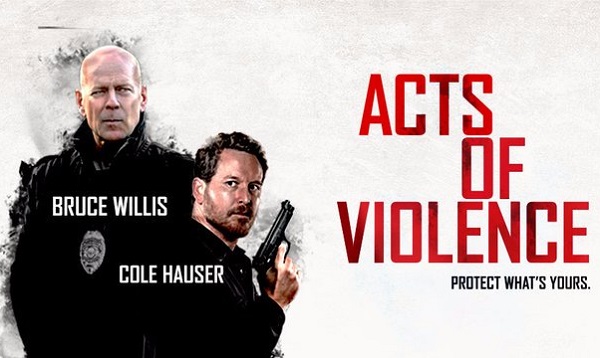 Why do human trafficking rings always kidnap the wrong girl? Haven’t they seen Taken? Taken 2? Taken 3? In Acts of Violence these pimps are at it again when they take the fiancée of Roman. The woman also happens to be the sister of Roman's best friend Deklan. Both men are ex-Special Forces trained to take down bad guys.

Roman, played by Ashton Holmes, and Deklan, played by Cole Hauser, are joined by none other than Bruce Willis, who plays a detective investigating a human trafficking ring led by Max Livingston, a role of Mike Epps, and the corrupt bureaucrats who protect him and his gang.

Watch the trailer of Acts of Violence below: