VIDEO: In King of Thieves elderly gangsters pull together for biggest heist in history 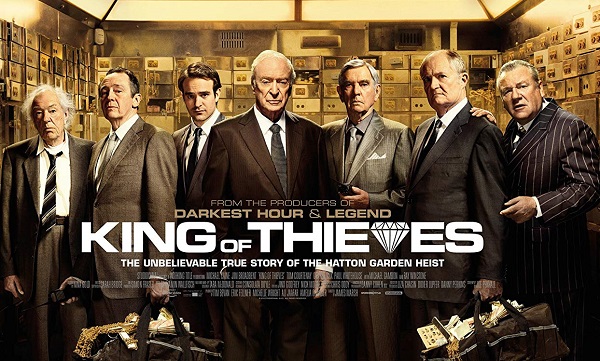 We’ve heard the story before. A bunch of elderly gangsters chatting each other up for one last score, the biggest of their careers. It’s the story of King of Thieves as well. But the difference is that this plot is based on the true story of the 2015 Hatton Garden heist, where burglars got away with £200 million in valuables.

It became known as the largest robbery in Britain’s history and it was inevitable that just three years later, we’d be watching King of Thieves, the motion picture of the event, starring the famous likes of Sir Michael Caine, Ray Winstone, Michael Gambon, and Charlie Cox.

The film follows the crew of aging crooks as they plan and successfully execute the biggest score in their long and illustrious careers only to go down by greed, envy, treachery, and incompetence. Viewers look to be in for a weird ride, filled with action, humor, drama, and the constant realization that (most of) this stuff actually happened.

Watch the trailer of King of Thieves below: