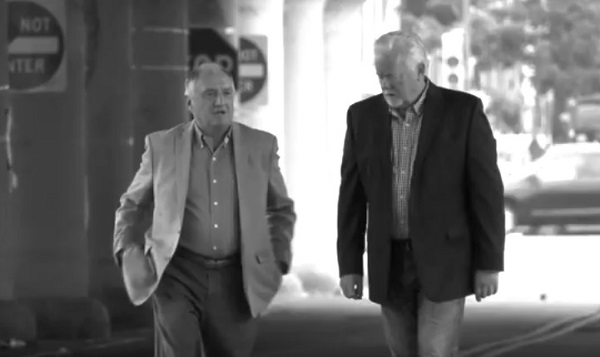 It’s the scream that hits you. Then the gunshots. Followed by the realization that you’ve just watched and heard a mob hit. When Philadelphia crime family underboss Joseph “Joey Chang” Ciancaglini was shot in his diner in March of 1993 federal agents were watching and listening as well. It did little to help Joey Chang, who survived the hit but ended up in a wheelchair. The man who put him there was none other than his brother Michael.

In a brand-new edition of Mob Talk, crime reporters George Anastasia and Dave Schratweiser now give the story some background as they talk to a former Philadelphia mobster who knew the ins and outs behind the vicious murder plot.

“That happened because they wanted us to kill [Mafia boss John] Stanfa, Joey Chang, and they wanted to take over what was left of the Philly mob,” the wiseguy whose identity is withheld for security reasons tells the two reporters. “They believed Stanfa didn’t have anything and wasn’t entitled to be where he was at.”

The stunning part of this particular hit is that it was set up and allegedly executed by the target’s own brother. Michael “Mikey Chang” Ciancaglini was part of Joseph Merlino’s crew and aggressively hunted the group’s rivals – including his brother Joey.

Indeed, this kind of bloodletting was the main reason for the disintegration of the Philadelphia crime family. “There is no honor amongst thieves,” the disillusioned mobster concludes. “Especially when it comes to your family. They tell you this thing comes before your blood family and everything. If they tell you they want to kill their own brother or father what trust and what honor is there? If you do the right thing all your life and they just don’t like you, you’re expendable.”

Welcome to ‘the life’ of La Cosa Nostra.

You can watch the whole episode of Mob Talk below:

The Harry Riccobene article was excellent.

Thank you for referring Mob Talk.