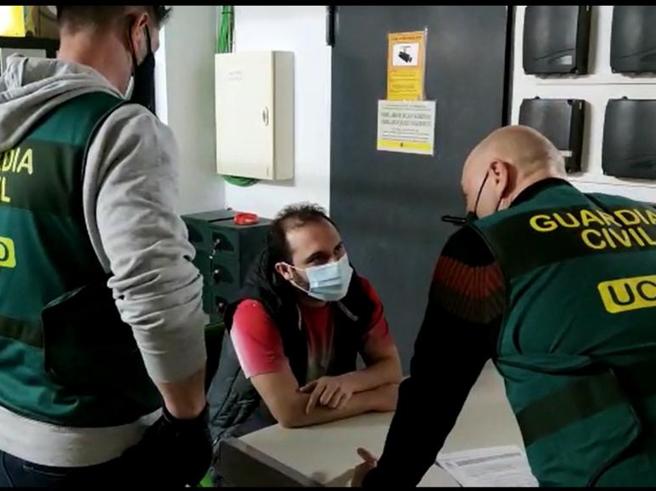 One of Italy’s most dangerous fugitives was arrested in Barcelona, Spain, on Friday. 35-year-old Giuseppe Romeo is a member of the ‘Ndrangheta, the Calabrian Mafia, and had been on the run since 2018. In November, he had been sentenced in absentia to 20 years in prison on Mafia and drug trafficking charges.

Romeo hails from San Luca, one of the ‘Ndrangheta’s most sacred hometowns in Calabria, Italy. His father Antonio is alleged to be a powerful boss of the Calabrian Mafia. Romeo is considered a leading figure in the narcotics trafficking network between South America and Europe run by the Romeo, Pelle, and Costadura 'Ndrangheta clans.

Italian prosecutors consider Romeo the "promoter, organizer and financier of cocaine trafficking in Europe". He had moved from San Luca to Germany where he had set up a cocaine pipeline, establishing relationships with Dutch and Belgian intermediaries who dealt with the transfer of around 50 kilos of cocaine a week from the Netherlands to Milan.

Romeo was arrested by the Guardia Civil at Barcelona’s Mercat de Sant Gervasi farmer’s market. They had been tipped off by French investigators that Romeo might be in their area. Italian police then provided assistance and helped track him down via a relative of his.

Interior Minister Luciana Lamorgese told news agency ANSA that the arrest “rewards the work and the great determination of state police investigators, coordinated by the anti-mafia directorate of Reggio Calabria” and that it was a “hard blow” to the 'Ndrangheta's cocaine trafficking activities.