WATCH: “Sammy the Bull” Gravano back with MTV show “Families of the Mafia” 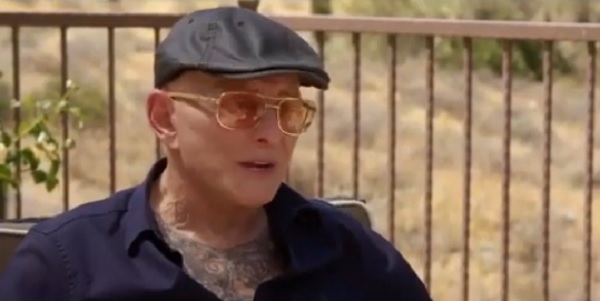 Salvatore “Sammy the Bull” Gravano is back! And this time he will be putting on the act of his career as a wise old Mafia guy warning kids – and viewers at home – to stay away from a life of crime in the new 6-part MTV series “Families of the Mafia,” set to air April 9.

A trailer to promote the series was released today. It introduces Gravano as the former underboss of the Gambino family, but leaves out any mention of him becoming a witness for the government. That’s called smart marketing. Something Gangsters Inc. pointed out in an earlier piece about Gravano’s recent actions to portray himself as a stand-up guy in order to gain respect in the era of the “no snitching” movement.

“Families of the Mafia” is produced by Gravano’s daughter Karen, of Mob Wives fame, and will show the “gripping realities of four Mafia-tied families on Staten Island as they navigate a divide between parents attempting to guide their children to a better life, and their offspring who want to write their own stories. With one lifestyle and two generations, tensions run high as they decide whether to embrace their families’ legacy or break generational curses,” according to a press release.

“Made in Staten Island”

Viewers may recognize many of the cast members from the flopped series “Made in Staten Island,” which featured similar storylines. It’s the addition of “Sammy the Bull” that gave MTV an incentive to give the series a remake as many will undoubtedly tune in once or twice to see what that legendary Mafia underboss-turned-snitch has been up to.

Those unfamiliar with Gravano’s background standing up in court, will get to know him this way: “Karen’s father, Sammy ‘The Bull’ Gravano, was the underboss of the Gambino crime family who ensured his family never wanted for anything — but nothing lasts forever. Despite their tumultuous past, Karen strives to ensure her daughter, Karina, stays on the right path and focuses on her future and not just her volatile boyfriend, Paulie. Meanwhile, Sammy is keeping tabs on both the women, trying to ensure the Gravanos living on Staten Island now fare better than those of yesteryear,” the description on MTV’s website reads.