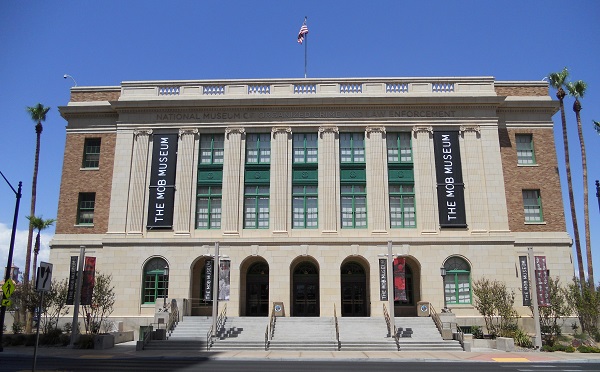 The Corona virus is keeping all of us locked up in our homes. Realizing we can’t come to them, the nice people at The Mob Museum in Las Vegas are offering a new virtual tour of their wonderful place. This tour is a three-part series of all four floors of the Museum's highlighted exhibitions and artifacts that take you on a journey through the underworld.

Birth of the Mob

Starting with the Museum's historic postal boxes in the building's lobby, make your way up to the third floor, where you'll learn about the rise of organized crime, the history of Prohibition and the St. Valentine's Day Massacre, which took place in the north side of Chicago with seven members of George "Bugs" Moran's bootlegging gang.

The Mob and Las Vegas

From the Kefauver Committee hearings in our historic courtroom to the Frank "Lefty" Rosenthal car bombing, take a virtual tour of the Mob's rise in Las Vegas and the responses of law enforcement to the scourge of organized crime in the Museum's second-floor exhibits.

The Mob in Politics and Culture

Journey through the Museum's newest exhibits on the first floor covering wiretapping, modern organized crime and the Mob on TV, and end your virtual tour in The Underground, where you'll learn more about Prohibition in our fully immersive speakeasy and distillery.

What a great idea the virtual tour of the Las Vegas Mob Museum is. In these scary days of social distancing and lock downs, it comes as a little light relief and gives some of us who live a long way from the United States in general and Las Vegas in particular a chance to look at a long gone world.