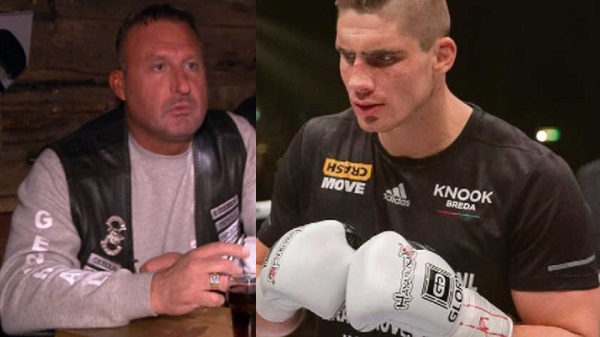 Good friends are hard to come by - and most aren’t as hardcore as world kickboxing champion Rico Verhoeven. When a feared outlaw biker boss was beating up a good friend of his, Verhoeven paid the man a visit to tell him to cut it out.

The visit came out in Dutch court today, where Klaas Otto, the – now – former leader of outlaw motorcycle club No Surrender, stands trial on various charges including arson, money laundering, extortion, and intimidation.

Otto founded No Surrender in 2013 after he himself left Satudarah, another outlaw motorcycle club. The club quickly grew into one of the Netherlands biggest and now has several chapters worldwide. After he was shot in the neck during an argument with an associate in 2015, he briefly left the club because he wanted to talk to the police only to return as the club’s leader a few months later. In 2016 he left the club permanently.

The meeting between Rico Verhoeven and Otto occurred a few years ago. According to Verhoeven, he told Otto to stop beating up his pal. Otto, meanwhile, claims the pair sat down for a different reason. The biker boss says Verhoeven told him not to interfere with the divorce between his friend and his soon-to-be ex-wife.

Whatever the reason, it was the young kickboxing champion who did the talking – and nothing more. As the current Glory Heavyweight Champion, Verhoeven is ranked the number one heavyweight in the world.

Known as one of the best fighters in the sport’s history, Verhoeven has a reputation as a caring, intelligent, and funny guy who frequently appears in television programs and movies around the globe. With his reputation for both violence and reason, one couldn’t ask for a better friend to talk some sense into an outlaw motorcycle boss.

If you ever see a bunch of leather jacket wearing guys hanging out next to some parked up Harley Davidson motorcycles,for God's sake,never touch one.Never touch a bikers ride. !!