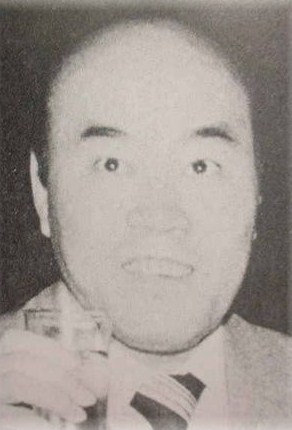 By Hollander (poster to the Mobbed Up forum)
Posted on February 22, 2007
Copyright © www.gangstersinc.nl

The Korean yakuza are a powerful presence in Japan, despite the fact that Koreans suffer discrimination in Japanese society. Although Japanese-born people of Korean ancestry are a significant segment of the Japanese population, they are still considered resident aliens. But Koreans, who are often shunned in legitimate trades, are embraced by the Japanese yakuza precisely because they fit the group's "outsider" image. The man who paved the way was the Korean yakuza godfather Hisayuki Machii.

Born Chong Gwon Yong in 1923 in Japanese-occupied Korea, Machii was an ambitious street hood who saw opportunity in Japan and seized it. The son of a small-time steel merchant, he was a college dropout who felt more at home on the streets than in the classroom. After the Japanese surrender, Machii worked with the US occupation authorities, which valued his staunch anticommunist beliefs. While leaders of the Japanese yakuza were imprisoned or under close scrutiny by the American occupying forces, the Korean yakuza were free to take over the lucrative black markets. Machii was charged with one murder and was believed to have committed at least one other, but managed to avoid any time in prison for the alleged crimes.

In 1948 Machii established the Tosei-kai (Voice of the East Gang) and soon took over Tokyo's famed Ginza entertainment district. But rather than trying to rival the Japanese godfathers, Machii made alliances with them, and throughout his career, he remained close to both Yoshio Kodama and Kazuo Taoka. The Tosei-kai which grew to over 1,500 members by the early 1960's, became so powerful in Tokyo that they were known as the "Ginza police," and even the Yamaguchi-gumi's all-powerful Taoka had to cut a deal with Machii to allow that group to operate in Tokyo. Tosei-kai soldiers were often used as strikebreakers during the occupation years. Machii's vast empire included tourism, entertainment, bars and restaurants, prostitution, and oil importing.

He and Kodama made a fortune on real estate investments alone. More importantly, he brokered deals between the Korean government and the yakuza that allowed Japanese criminals to set up rackets in Korea, a country that had been victimized by the Japanese for many years. Thanks to the Korean boss's diplomacy, South Korea became a yakuza playground, refuge, and investment center. Fugitves from Japanese justice would hidding out in the coastal cities of Korea until the heat passed. Befitting his role as fixer between the underworlds of both countries, Machii was allowed to acquire the largest ferry service between Shimanoseki, Japan, and Pusan, South Korea—the shortest route between the two countries. Syndicates like the Inagawa-kai set up casino's in cooperation with their new Korean friends. In major cities like Seoul and Pusan, money was laundered in the traditional yakuza 'water trades' of bars, cabarets, and restaurants. All the major syndicates appeared to have their fingers in two key areas: prostitution and drugs. As Korean society liberalized, the nature of organized crime changed. Korean crime syndicates grew larger and more sophisticated. As in Japan, the gangs have disguised themselves as social organizations, or religious groups. The Japanese influence on Korean gangs was so large that yakuza were even training them to be gangsters.

In the mid-1960s, pressure from the police forced Hisayuki Machii to officially disband the Tosei-kai. He formed two supposedly legitimate organizations around this time, the Towa Sogo Kigyo (East Asia Enterprises Company) and Towa Yuai Jigyo Kumiai (East Asia Friendship Enterprises Association), which became fronts for his criminal activities. He was widely believed to have helped the Korean CIA kidnap then-leading Korean opposition leader Kim Dae Jung from a Tokyo hotel. Kim was whisked out to sea where he was bound, gagged, blindfolded and fitted with weights so that his body would never surface. The execution by drowning was abruptly cancelled when aircraft buzzed the ship, and Kim was mysteriously delivered to his neighborhood in Seoul. American intervention is said to have saved his life. A police investigation revealed that Machii's people had rented every other room on the floor of the hotel where Kim had been staying, but Machii was never charged with any crime in connection with kidnapping. The Toa Yuai Jigyo Kumiai, commonly known as the Toa-kai, is still an active gang in Japan with an estimated membership of 1,000. The group is still comprised of mostly ethnic Koreans.

Machii "retired" in his 80s and was frequently seen vacationing in Hawaii, he died on September 14, 2002.