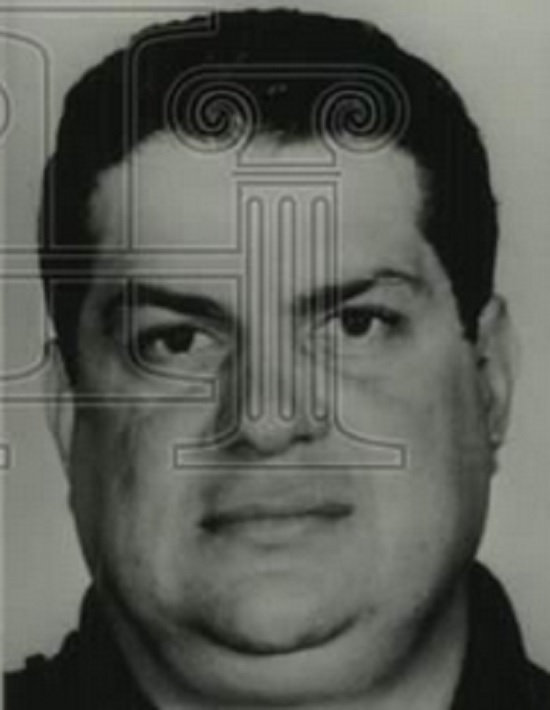 It helps to have friends in high places. It enables one to have more opportunities, but also to get away with mistakes or grave crimes even. If one’s friend is powerful enough, one could get away with anything. Until that friend is gone, of course. Like in the case of Genovese family mobster Salvatore Granello (photo above).

Granello made his bones working for Vito Genovese, a man who was feared as the embodiment of evil by men who feared little to nothing. Genovese and Granello built reputations as stone-cold killers in decades that were filled with such men. Their deadly capabilities enabled them to rise in the world of organized crime and La Cosa Nostra.

Known as “Sally Burns” or “Solly”, Granello had his finger in many pies. Union racketeering, hijackings, extortion, gambling, you name it. He even had the Oriente Park Race Track and the casino and restaurant and bar in Hotel Sevilla Biltmore in Havana, Cuba before Fidel Castro seized power and kicked the American gangsters out of the country.

In the United States, Granello ran a huge loansharking operation and owned tons of nightclubs, inheriting most of them from Genovese family capo Anthony “Tony Bender” Strollo, who disappeared without a trace in 1962. It is presumed he was whacked on orders of the family’s boss and namesake Vito Genovese. 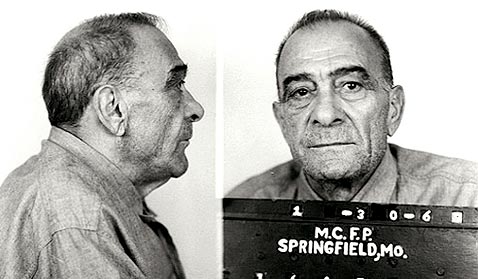 Throughout Granello’s mob career, he and Genovese remained close. The Cosa Nostra chief’s office was nearby Granello’s apartment and he would frequently come by for a visit. Genovese wasn’t Granello’s only (in)famous friend. Boxing legend Rocky Graziano was godfather to his youngest daughter.

But with friends in high places comes a high profile. By the 1960s, Attorney General Robert Kennedy had Granello in his crosshairs and got him sent to prison on tax evasion charges. It was the beginning of his downfall.

While in prison in 1968, Granello got news no parent ever wants to hear: his son Michael had been murdered. It couldn’t have been a surprise. 19-year-old Michael was a drug addict who earned his money by playing Russian roulette: He robbed members of the Mafia. Taking after his father’s violent streak, Michael once beat a mobster half to death with a baseball bat during a robbery.

The mob wasn’t having it and shot-gunned young Michael to death while he was sitting in his car.

Granello vowed to avenge his son’s murder. A vow that no doubt made several men feel extremely uncomfortable.

By then rumors were circulating that Granello’s own time was up as well. Upon his release from prison in 1970, the FBI knocked on the mobster’s door to inform him that he was marked for death. Granello closed the door on them and went on with his life.

A life that was increasingly more difficult. He faced serious charges stemming from a federal sting operation set up by lawyer Herbert Itkin, who convinced Granello he could get him access to the Teamsters pension fund. An enthused Granello brought several high-ranking mob friends of his into the scheme only to see everyone end up in handcuffs when it turned out Itkin was cooperating with the FBI.

According to former Lucchese crime family acting boss Alphonse D’Arco, several mob leaders were very angry with Granello for introducing Itkin to them and bringing them in on this caper.

Normally, with this much heat on him, Granello would talk to his dear old friend. His blood brother. Vito Genovese. The big boss man. The Mafioso with all the right connections and the power of a god. But Vito had passed away in 1969 while doing time on federal narcotics charges and Sally Burns was without his protector.

He probably didn’t think it mattered. He was a killing machine and would continue to do what he did best. If he could just beat the charges, it would be business as usual and he’d get his revenge. On September 24, 1970, 47-year-old Granello met with associates of his in Manhattan’s Little Italy. He told them he had another meeting set up and left.

It was the last time he was seen alive.

On October 6, Granello was found in the trunk of an automobile on New York’s Lower East Side. He was shot to death and had four .22-caliber bullet wounds in his head.

After police found his dead body there were several theories as to why he was killed. It was because he threatened to avenge his son, went one theory. It was because he brought in an informant and caused the arrest of several other mobsters, said Al D’Arco. It was because they feared he would become a snitch himself, went another.

They whacked him because he was vying for the top spot in the Genovese family, several reports claimed. Then there were some anonymous sources who claimed Granello had taken advantage of several young girls, even raping some of them, and that the Mafia was fed up with his despicable behavior.

Whatever the motive, one thing is clear. Without his pal Vito’s powerful hand above Granello’s head, the Mafia wasted little time in shooting it off.