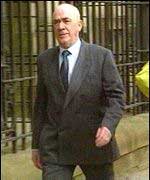 Arthur Thompson was born in September 1931 in Glasgow, Scotland. He was born to two law abiding parents. His father was a steelworker. The Thompson family lived in Springburn in the north west of Glasgow. Growing up Arthur Thompson got into a lot of fights. In his early years these fights were decided with bare fists, when he reached age twelve he was using open razors. During WWII Springburn, being a highly industrialized area, was often bombed by the Germans. During the war Thompson had become active in the world of crime. He would steal from stores. Thompson knew he wanted bigger things though. The real money was made by the bank robbers and extortionists who offered a bar or store “protection” against attacks. Thompson had proved he was a tough guy in his childhood/teen years and became a bouncer, working on the doors of several clubs. After proving he could handle himself with the drunken crowd he started working for loansharks, collecting debts. By now Thompson was sure he could make it on his own as well and started extorting bars. This new work landed him his first adult prison sentence (18 months) in 1953. Thompson hated prison, like everybody else, and he would try to avoid another prison sentence at any cost.

Thompson was also involved in several bank robberies by Bobby Campbell’s crew. The money Thompson made he invested in businesses. A smart move, a rarity in those days. He also formed his own crew with Teddy Martin and Paddy Meehan. After a sloppy robbery Meehan and Thompson were caught. Meehan was sentenced to six years in prison, Thompson got three. Back outside Thompson was expanding his criminal contacts. These contacts would eventually lead him to London where he would do jobs for London crews. At one point the Kray twins (the most famous British gangsters) wanted the Glasgow guy out of their city. According to underworld legend Thompson walked into their hangout, the Double R club, and asked to see the Kray twins. When the two brothers came to see him Thompson pulled out a sawed off shot gun and pointed it at them. He then allegedly said: “My name is Arthur Thompson from Glasgow. You’ll no’ forget me.”

Thompson had a huge reputation on the streets of Britain, and especially Glasgow. When a man owed him money and it was clear he couldn’t pay him back Thompson nailed the man to the floor, literally. One Glasgow family wasn’t impressed. The Welsh family were a bunch of vicious degenerates who would steal from everybody and use extreme violence in every situation. The Welsh men started moving in on Thompson’s bars. Thompson had to react. He got together his crew armed with knives, cleavers, and hatchets and went to the Welsh men to take revenge. Things took a different turn for Thompson when his crew was shot at, and had to retreat. But he would have his revenge though. One day, in the 1960s, Thompson was driving when his car was hit by a van. In the van were Patrick Welsh and James Goldie. Not intimidated Thompson rammed the van. The two vehicles drove side by side, until the van hit a wall. Welsh and Goldie were dead. Arthur Thompson was facing, if convicted, serious prison time for this one, but he was happy to see to leading members of the Welsh family out of the picture. But the Welsh family had a surprise for Thompson. They installed a bomb inside his car. When Thompson gave his mother in law a lift the bomb exploded, killing his mother in law but the target, Thompson, survived. In a strange way of justice both Thompson and three Welsh family members were found not guilty of the murders they were charged with. Fight it out on the streets then. And that is what Rita, Thompson’s wife, did. She armed herself and barged into the Welsh home where she took on Ma Welsh. Welsh survived, but Rita Thompson had extracted her revenge.

Arthur Thompson never talked about religion. He was a protestant though and supported the Loyalist movement in Northern Ireland. Through his Loyalist contacts in Belfast he ran tens of thousands of fake pounds through the banks every month. Thompson also started supplying the UDA Loyalists with weapons. If this became known, he would be a dead man. The IRA would hunt him down and kill him. The gun running brought Thompson into a tight position, British secret service MI5 was ready to pull the noose around his neck. When Thompson was arrested in 1968 for a warehouse robbery MI5 offered him a deal. Either he cooperated or he faced life in prison and the threat from the IRA and UDA (who might want him silenced just to be sure.) If he cooperated Thompson could continue his criminal business. Especially his UDA gunrunning, which he needed to report about to MI5. Thompson took the deal and was sentenced to four years for the warehouse job. After he got his get-out-of-jail-free card Thompson started smuggling drugs. In 1970 his first heroin shipment came in. By the 1980s Thompson’s son Arthur Jr. nicknamed Fatboy (photo of the left) was running the drug operations of the Thompson family. Also around this time, a young man by the name of Paul Ferris started working for Thompson Sr. They had an enemy in common in the Welsh family. Ferris had scalped one Welsh member and slashed the throat of another. Ferris had been bullied for years by the Welsh family and at one point decided enough was enough. Ferris and another young man by the name of Tam Bagan began collecting debts for Thompson Sr.

Then Fatboy was ripped off in a drug deal. Father and son expected 200,000 pounds but got a brick wrapped in newspaper and a bottle of Irn-Bru. The Thompsons were pissed off and sent out Ferris to get their money and inflict damage on the rippers. Ferris received a list of names which he should go after. Ferris did. Every week Ferris left wounded on the street in search of the rip-team. At one point Arthur Thompson Sr gave Ferris the name of the guy who was behind all this “no doubt.” Ferris went after him. When he saw him in his car in front of a stop light Ferris stepped out, confronted the man by asking him if he was Raymond Bonnar. Bonnar replied “What’s it to you?” Ferris replied: "I’m Paul Ferris, and you’re in trouble.” Ferris pulled out a knife and began stabbing Bonnar in the arm and chest through the car window. Bonnar’s dog bit Ferris, so Ferris stabbed the dog. Then Bonnar put his car into gear and took off. Ferris got into his car and sped after him but decided to leave it at that when he saw all the people around. 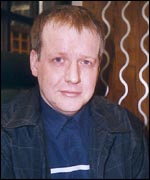 Pretty soon cops showed up at the Thompson household looking for Ferris. Thompson Sr and Jr were getting nervous. They sent Ferris to their summer flat in Rothesay on the holiday Island of Bute. Ferris thought he was safe. Little did he know that Arthur Thompson had given him up to the police. Cops raided the summer home and found drugs inside. Ferris was arrested and one of the charges was dealing in Class A drugs. Bonnar had withdrawn all charges so Ferris would only face the drug charges. Ferris was found not guilty of the drug charge. The jury believed the cops had planted the drugs there. But he was found guilty of a lesser weapon charge which normally carried a 6 month sentence, Ferris got 18 months. After getting out of prison Ferris broke away from the Thompsons.

By the late 1980s there were a few attempts on Arthur Thompson Sr’s life. They failed, but gave the message that Thompson wasn’t untouchable. His reputation was crumbling. Fatboy by this time had made a list of people he wanted killed, among them was Paul Ferris. In August of 1991 while out on weekend leave Arthur “Fatboy” Thompson Jr was shot dead in front of the Thompson home. He was shot in the cheek first, the second bullet went through his rib cage and punctured a lung, the third bullet went up Fatboy’s anus.

Arthur Thompson’s son, his heir, was gone. Bodies would litter the streets the papers wrote. The man generally acknowledged to be the killer of Fatboy is Paul Ferris (photo on the right). By this point Ferris and his two good friends Joe Hanlon and Bobby Glover were operating their own crew. With the help of Tam “The Licensee” McGraw Hanlon and Glover were taken off the streets and murdered. They were put in Joe Hanlon’s car in front of the Cottage Bar. Fatboy Thompson’s funeral cortège would come past this route. It was Arthur Thompson’s last display of strength. Paul Ferris went to trial for the murder of Fatboy Thompson. At this trial Arthur Thompson Sr testified and pointed out Paul Ferris as the killer. It showed how weak he had become. On the streets he was no match for Ferris, but in prison Thompson could pay anyone a nice sum to take out Ferris. That is why he testified. But Paul Ferris was found not guilty. As he stepped outside the court house there were people lining the street cheering. After that Thompson lived in fear of his life. He had no real power anymore. On March 13, 1993 he died of a heart attack.

SOURCE: The Last Godfather: The Life And Crimes of Arthur Thompson - by Reg McKay
An excellent read which gives you all the details about Thompson's life.