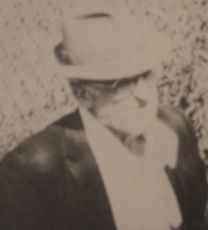 Joseph "Joey Doves" Aiuppa was born on December 1, 1907 in Melrose Park. Aiuppa's parents both came from the same village in Italy and had come to the US to find a better life. Joseph Aiuppa was their first child. In 1918 an eleven year old Aiuppa dropped out of school and started working as a gardener. After that he worked several years as a laborer and in 1925 he became a truck driver for Midwest Cartage Company. By now Aiuppa had made some connections to the criminal world. He was linked with John Dillinger and the Alvin Karpis gang. He also hooked up with Al Capone's gang. And was taught the do's and don'ts from Outfit mobster John Moore who was also known as Claude Maddox. In 1930 he bought the Turf Lounge, which would become his headquarters for several decades. Through the years he would buy several more clubs including the Frolics, and the Magic Lounge. He also owned the Towne Hotel in Cicero. Furthermore in 1930 Aiuppa became a partner in the Taylor Company which manufactured gambling equipment.

By 1935 Aiuppa worked for the Capone mob as an enforcer. He would rise through the ranks and be given the territory of Cicero to run. Mob boss Sam Giancana was overheard on a wiretap expressing his true feelings about his underling, talking to Frank Ferraro: "If Joey Aiuppa comes whining to you tell him to go to hell. He says he's broke. We gave him Cicero. Cicero is a great territory. If he can't make it there he can't make it anywhere."

Aiuppa got his nickname from an incident in 1962 when he was arrested on the way back from a hunting trip in Kansas with 500 dead doves in his possession. Evidently not an animal lover he was equally vicious when it came to human beings. He was arrested in 1935 on suspicion of assault with intent to kill. Climbing the ranks of the organization once headed by Capone didn't go without leaving a trail of dead bodies. By the time Aiuppa became boss the FBI alleged he amassed a fortune worth millions. 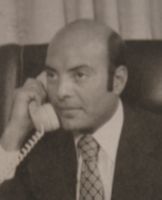 Aiuppa's chance for the top position in the Chicago Outfit came when Felix Alderisio was convicted of bank fraud and sent to prison in 1971. His underboss was John Cerone. The real power would remain with Antonino Accardo. In the 1970s the Chicago Outfit participated, together with the Kansas City, Milwaukee, and Cleveland La Cosa Nostra Families, in the skimming of five Las Vegas casinos. Four casinos were bought by the Argent Corporation which was headed by Allen Glick (photo on the right). Glick held no real power, he was just a front. Thanks to the connections the mob had inside the Teamster Central States Pension Fund the Argent Corporation was loaned millions of dollars to buy the Stardust, Fremont, Hacienda, and Marina. After the casinos were bought Glick was ordered to install Frank "Lefty" Rosenthal in a management position at Argent. From this position Rosenthal ran the casinos, while Chicago mobster Anthony Spilotro protected the mob's investments from other criminals. The skimming started and things went smoothly. But law enforcement was on their trail and eventually things fell apart. In 1983 Joseph Aiuppa and a host of other gangsters were indicted on charges that they skimmed millions from the four Argent controlled casinos. Three years later Aiuppa was found guilty and sentenced to 28 and a half years in prison and fined $80,000. He was released from prison in January 1996 after serving almost 10 years of a 28 1/2-year sentence on racketeering charges. In February 1997 he died at age 89.