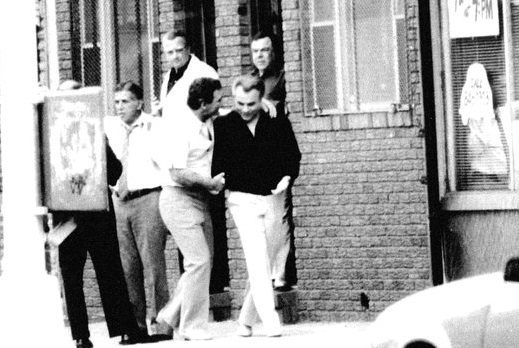 By Robert Sberna (He will follow Vincent Asaro's trial for Gangsters Inc. This piece was written on 10-24-15. You can find his other articles here.)

Jurors in Vincent Asaro’s racketeering trial this past week listened raptly as a former Bonanno crime family soldier recounted the euphoria he felt as he perused the jewels and cash that he had helped steal during the 1978 Lufthansa Airlines heist.

“We had thought there was going to be $2 million,” said Gaspare Valenti, who turned government informant in 2008. Instead, Valenti and 11 other hooded gunmen got away with $5 million in currency and about $1 million in precious gems. 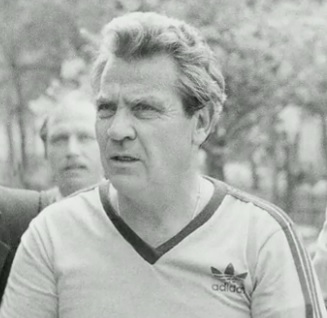 During several days of courtroom testimony, Valenti, 68, revealed untold details of the bold caper, which was masterminded by his cousin Asaro and James “Jimmy the Gent” Burke, a Lucchese family associate.

Despite the magnitude of the operation, however, Asaro and Burke had apparently never devised a getaway strategy or a rendezvous point. .

“Did you have an escape plan?” Valenti was asked by assistant United States attorney, Nicole Argentieri.

“No, it’s amazing,” replied Valenti. “A robbery that big and we had never discussed where to go afterward. Vinny [Asaro] yelled out, ‘Bring it to my cousin’s house!’ And that’s where we went, to my house.”

Valenti, at the time, was living in Brooklyn with his wife and children, as well as his mother and sister. They were still asleep when the crew carried the loot down to his basement. Jimmy Burke was present for a short while, but he had to return to the halfway house that he was living in. Asaro drove him, leaving Valenti and the others to look over their haul.

“I was separating gold chains and watches; the diamonds and the emeralds from the rubies,” said Valenti. “…just looking at them.”

As Valenti testified about the Lufthansa heist and other mob activities, he endured disapproving glares from his hulking son, Anthony “Fat Sammy” Valenti. The younger Valenti, a Bonanno associate, told reporters outside the courthouse that he had come to support the eighty-year-old Asaro.

Asaro, who once oversaw crime enterprises at JFK Airport for the Bonanno family, personally pocketed between $500,000 and $750,000 from the robbery, according to federal authorities. Asaro purchased a Bill Blass-edition Lincoln Continental, a house and a boat with his take, but gambled most of it away at the racetrack.

Valenti has said that he received nothing for his efforts, reportedly being cheated out of his share by Asaro.

Valenti’s mounting debt and his desire to leave the mob led to his decision to contact the FBI and offer his services as a confidential informant. He was outfitted with a wire and recorded hundreds of hours of conversation with Asaro that were used to indict him on charges involving the Lufthansa heist, loan sharking, and the 1969 strangling of suspected informant Paul Katz.

In Valenti’s tape recordings, the aging Asaro can often be heard grousing about his precarious financial position.

He had not only pawned his jewelry, but Asaro had resorted to shaking down relatives and low-level drug dealers for money to pay his living expenses. 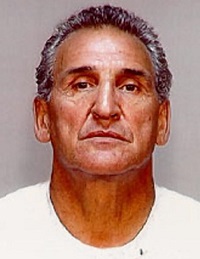 When Valenti complained that he was broke, Asaro said, “What’s broke? I’m in so much trouble I took $2,500 from a broad.”

Asaro (right) was not even welcome at the social club where he had been a long-time member. “People hate me in there; I don’t pay my dues,” he told Valenti.

With his power and influence gone, Asaro described a lonely and purposeless life. “I don’t come out early no more,” he said during a taped 2010 chat with Valenti. “Where am I going? I got no place to go.”

According to Asaro, he had approached his son, Jerome Asaro, whom he had helped to become a Bonanno capo, for financial help. Jerome turned him down.

Asaro and Valenti could be heard on tape discussing one of their mob colleagues, Danny Rizzo, who had participated in the Lufthansa heist with them. Rizzo also had money problems.

“Can you believe it? He asked me for $200,” said Asaro, later mentioning that Rizzo had been cheated out of his Lufthansa share.

At one point in Valenti’s tapes, he complained to Asaro: “What a shame. Look at what we come down to, eh.”

Asaro, in turn, responded: “It's this life. We did it to ourselves. It’s a curse with this fucking gambling.”

Asaro then griped about Burke, saying, “We never got our right money; what we were supposed to get. We got fucked all around. That fucking Jimmy kept everything.”

When the two men discussed the difficulty of getting approved for food stamps, Valenti advised Asaro that he could improve his chances by telling social workers that he had nothing in the house to eat.

It may seem improbable that the once-powerful Asaro was so broke and down on his luck that he was contemplating the indignity of public assistance, let alone from the government whose rules he had flaunted and defied throughout his criminal career. Yet it’s no less surprising than Valenti’s decision to turn informant. An ironic coda, to be sure, for two men who had spent their adult years using muscle and might to prey on others. Now, with their abilities diminished, they had seemingly outlived their usefulness to the criminal organizations they had dedicated their lives to. In their supposed golden years, both men knew that they were being put out to pasture by their mob colleagues.

The difference between the men, however, is that Valenti had come up with an escape plan.

Comment by Christopher Kasparoza on October 27, 2015 at 7:31am
Why does it say Gaspare Valenti was a Bonanno soldier? I was under the impression it was his son who was made and the father was just an associate. Did I get it wrong?

Your right. He was a associate. His FATBOY son was only a associate to.