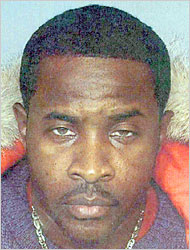 Kenneth "Supreme" McGriff was born on September 19, 1959. McGriff grew up in Southeast Queens around many drugdealers. He wanted to be one as well and started doing jobs for them such as guarding drugs and cash at stash houses. McGriff was feared because of his connection to a gang called "the Peace Gods," he himself wasn't known as a street fighter though. In 1981 McGriff and some friends formed the Supreme Team, a gang which started out selling small amounts of heroin and cocaine. The Supreme Team also had latino members, which was very unusual, but also very smart, because the latinos had the cocaine connections. The Supreme Team also bought drugs from a rival: Lorenzo "Fat Cat" Nichols. Little by little the Supreme Team's power grew.

But with power comes responsibility, something the Supreme Team lacked. By the mid 1980s members of the team were wearing matching red jackets with the word "Supreme," and driving around the neighborhood in expensive cars pointing high-powered automatic weapons and waving thick wads of cash at residents. How can such an organization become a success? Well, it can be made immortal by a rap song, but on the streets it won't last long. 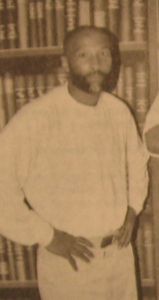 For McGriff things went bad in September 1985 when one of his stash houses was robbed of $80,000 of cash. McGriff started complaining about the robbery, and made clear he would extract revenge. He kept on talking, and informants started telling the police about what they heard. According to an informant McGriff was heading back to his base to plot revenge and package large quantities of drugs. Police raided the house and caught McGriff covered in white powder, which he was trying to dump in the sink with the water running. More drugs was found in the apartment: six ounces of heroin and four pounds of cocaine. Also found were nine firearms, and $25,000 on cash including $6,608 on McGriff himself. At his trial McGriff was lucky. McGriff's lawyer convinced the judge the search warrant wasn't executed properly, so McGriff was only sentenced on minor weapons and drug possession charges. When he went to prison McGriff made his nephew Gerald "Prince" Miller (photo on the left) the new leader of the crew.

Miller was a lot more ruthless than McGriff and made a fierce reputation by murdering anyone who got in his way. By late 1986 the Supreme Team was generating about $30,000 a day in drug income. In August of 1987 Supreme McGriff was released from prison, and got back in the mix. But the cops were on their tails once again. After several raids on their stash houses both Supreme and Prince were back in prison. Supreme McGriff pleaded guilty to operating a continuing criminal enterprise in exchange for a reduced sentence of twelve years. Prince Miller was released from prison in the spring of 1989. Under Prince's psychotic leadership the crew fell apart. They even killed their own drug connection. Two Colombians brought five kilos of cocaine to the Supreme Team projects and were killed by crew members. It makes you wonder if these guys were seriously dumb!? With a steady flow of Colombian cocaine they could make millions. Now they had to look for a new drug connection. Which they found, only to kill that connection as well. Their grand loot was a measly two kilos. As the Supreme Team desintigrated other crews took over their territory. In prison Supreme McGriff realized he needed a career change.

When McGriff got out of prison in 1995 he came back to southeast Queens. Gangsta rap was booming, and like all real gangsters, McGriff saw he could make money with these wannabe gangsters who idolized him. One of McGriff's fans was Irv "Gotti" Lorenzo, a music entrepreneur, who met McGriff at a rap video shoot on Guy Brewer Boulevard. McGriff wanted to make a movie, and knew Irv Lorenzo would be the man to help him with it. Eventually McGriff made the straight-to-dvd movie "Crime Partners 2000." It was the closest to a legit life as McGriff would get.

By early 2007 McGriff was on trial again. This time he was charged with paying $50,000 to have two rivals gunned down in 2001. Authorities also alleged he got involved with drugdealing again, and that McGriff laundered $1 million in drug money through Irv Lorenzo's Murder Inc. record company. Lorenzo was tried seperately on these money laundering charges and was acquitted. McGriff meanwhile, was facing the death penalty for murder conspiracy. It wouldn't get that bad for McGriff however, in February 2007 he was found guilty and sentenced to life in prison. 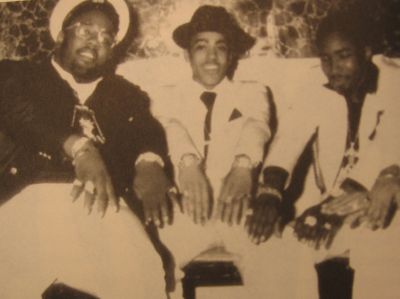