In recent federal court filings in Chicago, a captured major player in Mexico's Sinaloa cartel has made explosive allegations about US authorities' alleged cooperation with the cartel, charging that federal agents allowed the cartel to traffic drugs into the US in return for intelligence on the Sinaloa cartel's rivals, especially the Zetas.

Vicente Zambada-Niebla, the son of Sinaloa cartel number two Ismael "El Mayo" Zambada, was arrested in Mexico in 2009 and extradited last year to the United States to face trial on federal charges of trafficking billions of dollars of illegal drugs. His father and cartel head Joaquin "El Chapo" Guzman (right) were also indicted in the same case, but remain free as Mexico's most wanted fugitives.

Placed into solitary confinement in a Chicago lockup facility awaiting trial, Zambada-Niebla could spend the rest of his life behind bars. He is looking for a way out. His court filings are laying the groundwork for a defense claiming that any crimes he committed were allowed under his arrangements with the feds and he should thus be immune from prosecution.

"I was an informant for US federal agents, and the agents cut a deal with me and members of the Sinaloa drug cartel that allowed us to traffic tons of narcotics and illegal guns across the Mexico-US border without fear of being arrested," Zambada-Niebla claimed in the bombshell court filing.

In return, Zambada-Niebla claimed, he provided valuable information to the DEA, FBI and ICE about the Zetas cartel and other rival drug trafficking operations based in Mexico. Also, according to Zambada-Niebla, his cartel allies were in cahoots with ATF's Operation Fast and Furious, the misbegotten program that trafficked guns to the cartels in a bid to track them and develop intelligence south of the border. Fast and Furious is currently the target of congressional hearings in Washington, DC.

Zambada-Niebla was indicted for conspiring to obtain weapons in the US to supply the Sinaloa cartel, among other things, during the same period he claim to have been working as an informant for the federal government. As result of the botched ATF operation, roughly "three thousand people" in Mexico were killed, including law enforcement officers in the state of Sinaloa, headquarters of the cartel.

In arguing that he should be immune from prosecution because he was working with the feds and providing them with information that helped them bust significant cartel leaders and other drug traffickers, Zambada-Niebla and his attorneys are laying the groundwork for what is known as a "public authority" defense in the event the case makes it to trial.

Under federal case law, to mount a "public authority" defense, the court must find that the defendant "knowingly committed criminal acts but did so in reasonable reliance upon a grant of authority from a government official who had actual authority as opposed to merely authority."

The distinction between "actual authority and "merely authority" may prove critical to Zambada-Niebla's chances. If DEA or FBI agents told him he could traffic drugs into the US without fear of arrest if he snitched on other cartels that is "merely authority," as opposed to the "actual authority" to grant such concessions, which would come from high-ranking Justice Department officials.

Federal prosecutors in the case have neither confirmed nor denied that Zambada-Niebla was offered immunity from prosecution, but they suggested during hearings last month that even if he was an informant, he was not authorized to commit the drug crimes the indictment charged him with. They also argued that unless he can provide the names of agents of officials who approved his illegal activities, the court should not allow him a "public authority" claim.

Criminal defense attorneys and law professors say it is unusual for defendants to claim a "public authority" defense in federal drug trafficking cases.

"It's a swearing match," said David Bires, a prominent Houston-based defense attorney who often represents members of major drug operations. "If there's no written or recorded agreement with the US Attorney's Office or the agents involved it'll be hard to prove what the man is saying."

But Bires expressed concern that sometimes federal agents and police officers don't always tell the truth about dealing with informants. "I often tell my clients not to talk with police or federal agents when they are arrested because the police went to a school of lying!"

"A public authority defense is almost unheard of in organized crime cases," said Wayne State University Law School Professor Peter Henning. "This is the type of claim by a defendant that puts the government on trial, essentially saying the government allowed illegal activity."

Joe Harris, a former senior narcotic detective with Harris County Sheriff Department in Houston, who worked many drug cases with the DEA and FBI in the Southern District, said it didn't make sense for Zambada-Niebla to have made up his allegations.

"If Zambada-Niebla was a federal informant, then why in the first place would he lie about providing information to the government on other drug dealers if some kind of deal wasn't made?" Harris said. "Look at how ATF first lied about not using informants to help them walk guns across the border into Mexico to make cases on cartels," he added.

"Just how good was the information he was providing?" she asked. "The biggest catches in the drug war occurred in the last 18 months, and Zambada-Niebla was arrested in 2009. He is squealing like a pig to anyone who'll listen, probably attempting to either get his case thrown out, get returned to Mexico for trial, or get a reduced sentence."

Still, Zambada-Niebla's attorneys are making the argument the he did have a deal with the US government. "The United States government considered the arrangements with the Sinaloa Cartel an acceptable price to pay because the principal objective was the destruction and dismantling of rival cartels by using the assistance of the Sinaloa Cartel," wrote attorney George Santangelo, who once represented mob boss John Gotti, in a motion on behalf of his client.

That motion also referred to common practices by the feds to get information about criminal activity. "The United States government and its various agencies have a long history of providing benefits, permission and immunity to criminals and their organizations to commit crimes, including murder, in return for receiving information against other criminals," it noted.

The court documents further argue that the US government is using a typical "divide and conquer" strategy of using one drug organization against the other to help federal agents achieve their goals in the war on drugs.

"These relationships are always necessary in regard to using international informants," Mike Vigil, a retired chief of international operations for the DEA told the Houston Chronicle. "It is a situation where you sometimes have to dance with the devil to put other criminals in jail."

Among many examples of U.S. agents allowing and protecting wanton criminality by criminals working for them is an extraordinarily heinous crime that Zambada-Niebla's defense attorneys are seeking information: the 2003 "House of Death" murders in Ciudad Juarez. In that case, US government informants slaughtered over a hundred people, even though American officials knew it was going to happen and could have prevented it.

"As confirmed in the Joint Assessment Report prepared by government authorities investigating those murders, agents of the US government had prior knowledge the murders were going to be committed by their informants but took no measures to either inform the Mexican government or the intended victims," Zambada-Niebla's defense team wrote about the "House of Death" case.

If Zambada-Niebla's allegations prove true they would inflame ongoing suspicions in Mexico among citizens and the cartels themselves that the Sinaloa drug syndicate and its leadership is receiving special treatment as part of a broader strategy orchestrated by the US government and selected Mexico officials, is to weaken and eliminate the cartel's rivals, particularly the Zetas and the Juarez cartel. 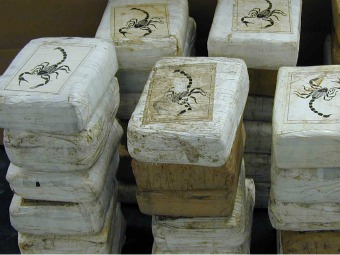 As Proceso magazine organized crime writer Jorge Carrasco told NPR Radio about the Sinaloa cartel in an interview last year: "A cartel cannot flourish at their level without civil and military protection at the highest levels."

Although such suspicions are widespread in Mexico, Mexican federal security spokesman Alejandro Poire flatly rejected them. "The Mexican government does not favor the Sinaloa drug cartel and criminals do not get deals or impunity. They are brought to justice," he said in widely reported remarks.

Zambada-Niebla's claims are under review in the federal courts and have yet to be proven or disproven. But if his story that the DEA and FBI allowed the Sinaloa cartel to freely make illegal weapons purchases in the US and traffic large quantities of drugs into the US are proven true, that could ignite a bombshell that makes "Operation Fast and Furious" seem tame by comparison.

[Editor's Note: Stay tuned for more from Clarence Walker cwalkerinvestigate@gmail.com in coming days on Zambada-Niebla, his connections with US agents, and the whole murky underworld of spies, spooks, and snitches. His next report will examine the shadowy case of an aircraft with CIA connections that ended up as part of the Sinaloa cartel's drug trafficking empire.]