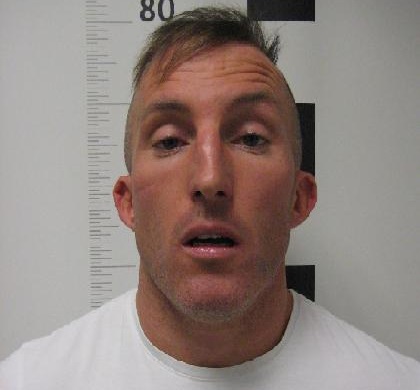 34-year-old Strange lived on Ibiza where he enjoyed the fruits of his illicit labor. While he baked in the sun by the pool, he had his 61-year-old dad and another associate do all the hard work. Both men handled all the sales and made sure each gang and crew got its delivery of coke.

They were the first to go down when agents of the NCA busted them in Bristol in 2014. Neil Strange and 31-year-old Martyn Pagett operated on a travellers site in Nantyglo, South Wales. The travellers are notorious in Britain and frequently, both fairly and unfairly, connected to crime. They are also known by derogatory names as gypsies and pikeys - made famous by Guy Ritchie’s hit film Snatch in which Brad Pitt plays a pikey.

The investigation saw the discovery of £125,000 in cash and also 8 kilograms of high purity cocaine, with a value to organized crime of up to £280,000 and a potential street value of £960,000, in Pagett’s portacabin at the Cwm Crachen travellers site where he was employed as the site warden.

Furthermore, upon the arrest of Neil Strange and Martyn Pagett, NCA officers realized they had missed their Mr. Big, the leader of the drug ring was still at large, far away on a Spanish island. Or, as NCA officer John Lewis put it, “[Strange] kept his hands clean while his dad did the dirty work.”

While his father Neil and associate Martyn were sitting in a jail cell, the first sentenced to 8-and-a-half-years for drug smuggling and money laundering and the latter to 8 years for handling cocaine sales, Nicholas Strange proved a bit more elusive. But in May of 2016, the Guardia Civil, Spain’s National Police, arrested him and extradited him to the United Kingdom.

Strange’s group had been supplying, among others, 28-year-old Ashley Burgham, the head of a Gwent-based organized crime group. Burgham and ten of his crew were sentenced to a combined total of 54 years on 11 December 2015.

The group also supplied Anthony Moran, a then-33-year-old from Glasgow. Moran is serving an 8-year prison sentence after British transport police officers stopped him on a train to Scotland shortly after a meeting with Pagett. The Scot had with him 1 kilo of cocaine worth £35,000 wholesale and up to £120,000 when cut and sold. One of Nicholas Strange’s guilty pleas related to the supply of cocaine to Moran.