The leader of a Georgian Mafia Clan and seventeen of his underlings were arrested this week in what Europol has said is part of an ongoing investigation into Russian-speaking crime groups in Europe. Thirteen of the eighteen men were so-called Vor v zakone, or thieves-in-law, made members of the Russian Mafia. These men were part of the Georgian Kutaisi clan, one of the most powerful crime groups in Russia with branches throughout the world. 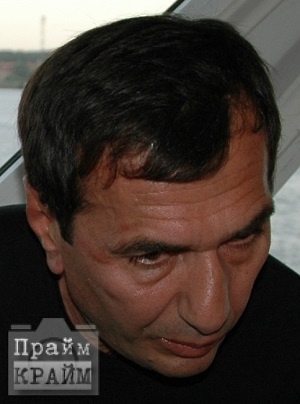 The arrests in this bust took place simultaneously across Europe in Italy, Czech Republic, France, Lithuania, Portugal, and Hungary where the leader of the clan, 51-year-old Merab “Django” Dzhangveladze (photo left), was picked up.

The operation was developed in Italy where the Central Operational Service of the Italian National Police and the Squadra mobile of Bari led the case. Besides the arrests, weapons, drugs and €100,000 were seized. The men are charged with a variety of offences including murder, theft, extortion, money laundering, corruption and forgery of documents. These arrests are the result of 18 months of intelligence exchange and evidence gathering activities in several European Union countries.

It’s the first time in Europe that such a high number (13) of thieves-in-law have been arrested in one sweep. The arrest of Merab Dzhangveladze in Hungary is specifically a significant blow to Russian-speaking organized criminals. Further arrests are expected.

“Vor v zakone are Eurasian criminals who act as leaders, controllers, and regulators of Russian-speaking organized crime. For several years the power balance in this criminal landscape has been in turmoil because of an ongoing conflict between the two main Georgian clans - the Tbilissi and Kutaisi clans. The main reasons for the conflict have been the struggle for important crime investment areas and the ultimate aim of full control over all Eurasian organized crime groups,” Europol reports.

A press release by Europol also explains why these groups are moving their operations into Western and Southern Europe: “The assassination of a Tbilissi clan leader, in January 2013 in Moscow, created a new power vacuum leading to several, violent attempts by key players to strengthen their criminal positions. This has resulted in an increased presence of thieves in law in the European Union. EU countries have become a shelter for them to avoid investigation and prosecution in their home jurisdictions. Ease of movement and excellent communications in the EU are an attractive environment for them to deploy and monitor their organized crime groups, re-invest criminal proceeds and hide from possible retaliation from opposing clans in the ongoing power struggle.” 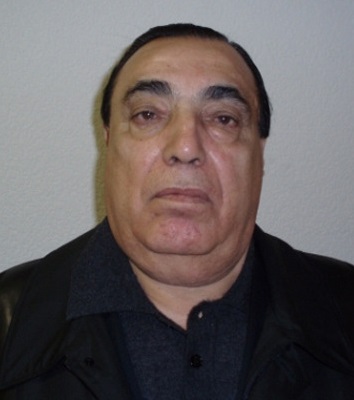 The murder mentioned is that of Aslan Usoyan (photo right), also known as “Grandpa Hassan”, who was murdered by a sniper in January as the 75-year-old was walking out of a restaurant in Moscow’s Arbat district. His bodyguards had failed to cover him in time as the sniper fired six shots at the crime boss. Usoyan had survived at least two previous assassination attempts. One failed attempt took place in Sochi in 1998 and another, more successful, one seriously injured him and his bodyguard in a 2010 Moscow shooting.

Usoyan started his criminal career in Georgia, where he was sent to prison at age 19. While in jail on speculation charges from 1966 to 1968, he was made a ‘thief-in-law’ and became part of the criminal elite in Russia.

On his personal blog, Russian crime expert Dr. Mark Galeotti wrote the following about crime boss Dzhangveladze’s criminal ties to Usoyan and other notorious bosses: “[Dzhangveladze] is a close ally of Tariel Oniani (“Taro”), the vicious senior Georgian gang leader in Russia. He was also a sworn enemy of Aslan Usoyan (“Ded Hasan”), murdered in Moscow in January. Usoyan had formally had Dzhangveladze stripped of his vor v zakone status in 2008, as part of a tit-for-tat struggle with Taro, although this means little in today’s more diffuse and opportunistic underworld. Dzhangveladze may well have been behind the assassinations of both Usoyan and Vyacheslav Ivankov (“Yaponchik”) and has in many ways been Oniani’s right hand while he is in prison.”

As always when dealing with organized crime and secretive criminal brotherhoods the exact truth behind every murder and act has yet to be determined. But things are shaking and rattling. With hundreds of millions of euros to be made across Europe and Russia eventually one side will come out on top and claim its winnings. The arrest of Dzhangveladze is a huge hit to at least one party participating in this war without borders.