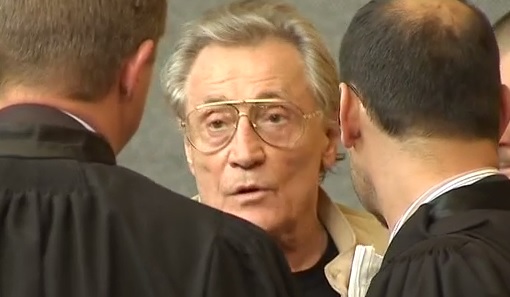 Marcel Habran was born on June 5, 1933. Nicknamed “Le Grand Marcel,” which means “The Big Marcel,” he was known as the godfather of the underworld in the Belgian city of Liège. His first arrest came at the age of 18, after he stole some copper. During those early years, Habran worked in bars in Liège’s red light district. Besides his work tending bar, he also got involved in criminal activities such as theft and assault. While in his early twenties he is also alleged to have had several girls working for him as prostitutes. Later, Habran got involved in armed robbery and extortion.

On December 18, 1972, Habran was arrested on suspicion of his involvement in a robbery on a warehouse in Schaarbeek. In an underground garage of the warehouse, robbers awaited an armored truck that came in to pick up the day’s earnings. One man was killed during the heist. Several minutes after the deadly robbery, police arrested Habran and another man. During his arrest, Habran received four broken ribs and a broken nose. In December of 1974, he was sentenced to 18 years in prison.

While in prison, Habran studied law and learned to speak Spanish and Portuguese. In 1976 he was one of the leaders of an uprising in the prison located in Leuven. After serving six years of his 18-year sentence, he was released. A free man, he started his own garage and got back to committing armed robberies. 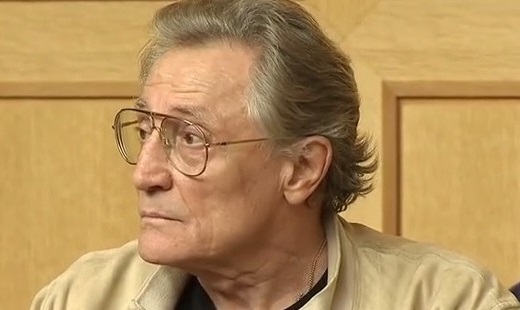 On September 3, 2008, he was back in court to face his biggest legal battle yet. Authorities suspected him of eight murders, several armed robberies, and leading a criminal organization. Prosecutors suspected Habran was involved in the robbery of a cash transport in Borgworm on January 12, 1998, in which two were killed.

After the robbery, several witnesses and gang members were said to have given statements to police, this ended up costing a bunch of them their lives, among them a lieutenant of Habran, Leopold Marèchal, who was assassinated.

He wasn’t the only one with ties to Habran to end up killed. Gangsters Sam Bouille, Calogero Scerra, Franco Vella, Onofrio Cacciatore, Robert Bovenisti, Georges Hardy and Mario Tomasi were all whacked. Even Jean Brison, who for years was a loyal underling of Habran, was found brutally murdered. One of his arms was said to have been cut off. Police found blood of Brison in a van owned by Habran, but he claimed he loaned his van to friends at that time.

Regarding the robbery in Borgworm, Habran also claimed to have an alibi: At exactly that time he was filling in his lottery form at a newspaper store in Florenville. He had even saved a copy of the form, which he conveniently had at the ready upon his arrest in October of 2002.

On March 9, 2009, a court in Liège found Habran guilty of the robbery in Borgworm and sentenced him to 15 years behind bars. According to the court, Habran did not himself partake physically in the robberies, but he was the mastermind that did the reconnaissance and planning. He then let younger criminals carry out the actual heist.

Back behind bars, Habran went on a hunger strike in April of 2010, protesting the prison regime in Vorst. After talking to the warden, he quit his strike. He allegedly made a deal with them that he could keep his typewriter and coffeemaker in his cell. 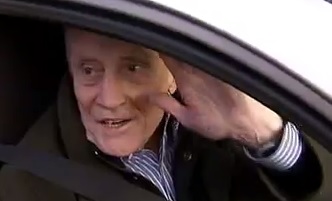 A Belgian police commissioner who had interrogated Habran for hours in the 1970s and 1980s, said Habran was a pleasant person with whom you could discuss any topic, except his business. Pleasant or not, there was a rumor going around in Liège in 2006 that a €25,000 euro contract had been put on Habran’s life.

On February 9, 2016, a Belgian court decided that the 82-year-old Habran could serve out the remainder of his sentence at home to care for his sick wife. He would be monitored via an ankle bracelet. He had been released on furlough successfully several times before the court’s order.

Two days later, he was a free man once more. Outside the prison walls, he told (right) the assembled press that he “remained innocent of the crimes he was convicted of” and that he planned to “run a 10K.”