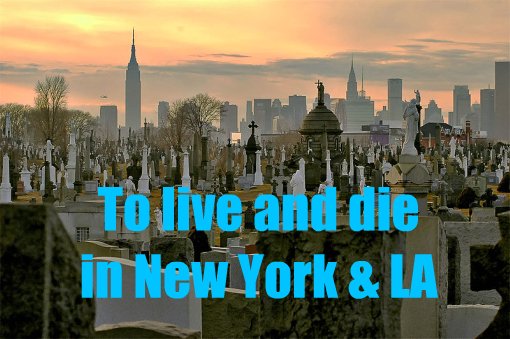 These last few weeks the news of the death of three mobsters hit the airwaves. All three men died of natural causes. Though they were all members of the Mafia, their stories not only show the different path mobsters take, but also how much La Cosa Nostra influenced various businesses and areas in the United States.

Let’s start with Michael “Mike the Butcher” Virtuoso. The man who will probably be missed the most. Surely not by the customers of his loansharking operation. Or by former New Jersey Governor Jon Corzine’s limousine driver who was shaken down by the Bonanno gangster.

But he will be missed by the customers of his Graham Ave. Meats & Deli. Where his Willie’s Italian Special was a favorite among food critics and tourists alike. Virtuoso’s place was a popular stop for anyone who liked good Italian food and they will surely miss the man that made the spot possible. The man who gave them a menu that contained “The Godfather” sandwich.

Virtuoso (right) passed away on Tuesday 31 July at age 58 succumbing to pancreatic cancer. The vicious disease earned Virtuoso a compassionate release from the Metropolitan Detention Center by Federal Judge Sandra Townes so he could spend his final days with his family and friends.

The Bonanno made guy had been behind bars after pleading guilty to extortion charges in October of 2011. It turned out he wasn’t just selling sandwiches from his butcher shop in Williamsburg, New York, but also ran his loansharking business from there. When federal agents busted Virtuoso, they found meticulously detailed “Rolodexes” and “address books” that listed contact information for “members and associates of organized crime”.

Mike the Butcher could have left behind a legacy untainted by crime. His Meats & Deli was loved by people in the neighborhood and people outside it. Apparently Virtuoso didn’t much care about that. In the movie “A Bronx Tale” the question is asked: “Is it better to be loved or feared?” Michael Virtuoso might’ve found out the answer to that one as he looked back on his life.

A man who was definitely feared was Colombo captain Joseph Carna. With a mob career that spanned three decades, Carna was involved in gambling, extortion, and murder. Nicknamed “Junior Lollipops” because his father owned an eatery called “Lolly's” Carna quickly showed he didn’t have any problems getting his hands very dirty.

The hit turned into a bloody mess, leaving Peraino Sr. paralyzed, his son dead, and an innocent dead also as bullets were fired indiscriminately. But the innocent wasn’t just an innocent bystander. She was a former nun. And it made Thomas Gioeli tell his friends that he was going to hell for what he did that day. Whether or not Carna was there, has never been proven, but prosecutors allege he was. True or not, Carna was not a man to be taken lightly. Capable of killing, loyal, and smart with numbers as he laundered the illegal cash the Colombo mob brought in. He climbed to the top of the troubled Colombo family, ending up a captain. In March he was jailed for six months and ordered to pay the feds $300,000 for his role in laundering money for mob gambling operations. With October 14, his release date, looming, Carna (left) died of natural causes on August 3 at a federal prison hospital in Massachusetts. He was 71.

With only a few more months until his release from prison some people see his death as some sort of payback for the murdered nun. As a member of the Real Deal message board wrote upon hearing of Carna’s death: “Damn, what a bitch. Guy only gets a 6 month sentence and dies in the can. God has a great sense of humor.” If one believes in such things, it is a fitting ending to the accidental murder. Thomas Gioeli is already preparing for the worst, as he himself says: “I’m going to hell.”

Last but not least is a genuine family boss. Peter John Milano became head of the Los Angeles crime family in 1980 after his predecessors were sent to prison on racketeering charges. His death on April 21 went by unnoticed by both media and the public. Two decades earlier, in 1988, Milano was in all the Californian newspapers when he and his crew pleaded guilty to racketeering and extortion charges.

It continues: “State organized crime authorities, in reports and interviews, credit Milano with drawing at least five, and possibly as many as seven, "made" members into the family, conducting the secret blood initiation rite that renders an ordinary criminal a member for life of the so-called La Cosa Nostra, or "this thing of ours."

Los Angeles is a tough city to operate in as a mobster. Surrounded by drug cartels and vicious street gangs the Italian mob had to tip toe through the streets. That Peter Milano tried to strengthen his family and had his hand in many shady deals, schemes, and rackets are testament to his mob pedigree.

On April 5, 1991, he was released from prison. Aged 65, he was still a young mob boss but his organization had been badly crippled. Depending on his brother Carmen as underboss and Jimmy Caci as streetboss, Milano kept firm control over the Los Angeles family which by now lived up to its demeaning nickname “the Mickey Mouse Mafia”.

Carmen Milano passed away in 2006. While Jimmy Caci died in August of last year. With Peter John Milano’s death at the ripe old age of 86 it is safe to say the last of the old school Los Angeles mob passed away. But with a secretive organization like the mafia, you never know who has been hidden from the police and media.

Wasn't "Lollipop" Carna a member of the Gallo gang with his brother during the Profaci revolt ?.They were known as "Big" and "Little" Lollipop back then.I think one was shot in a drive-by,but lived,during the early '60s war.