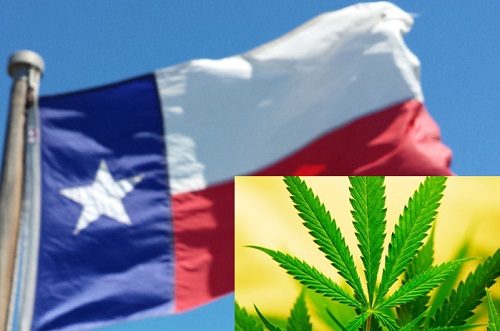 Two men from Texas pleaded guilty Tuesday to their respective roles in trafficking major quantities of marijuana from Texas to other states in the U.S. The whole ring was brought down by one of their associates who attracted the police when he carelessly fired a gun inside his residence.

Marco Saucedo (44) of Cactus, Texas, pleaded guilty to one count of unlawful use of a communications facility. Codefendant Guadalupe Reyes (49) of Etter, Texas, pleaded guilty last week before Judge Fitzwater to one count of conspiracy to distribute and possess with intent to distribute 1,000 kilograms or more of marijuana. Both defendants remain on bond.

Both men were brought down by an associate who decided to not give a f&*k and behave in a very careless manner, especially considering he was involved in a multi-million dollar drug smuggling operation.

According to documents filed in the case, in November 2014, officers with the Cactus Police Department responded to a gun being discharged at a residence in Cactus that was owned by Guadalupe Reyes, and they determined that the individual who discharged the firearm was renting the property from Reyes.

After obtaining consent to search, officers found more than $130,000 in cash inside the residence, which the resident advised was cash that he, at the direction of Reyes and Saucedo, brought back the previous week from Wichita and Topeka, Kansas.

The resident further disclosed he had been working for Reyes for several months, transporting large amounts of marijuana from Amarillo and Fritch, Texas, to other states, such as Kansas and Ohio.  He would also transport large amounts of cash – proceeds from the sale of the marijuana – from those locations to the Cactus area, all at the direction of Reyes and Saucedo, who would pay him a set amount for each of the runs he made.

The resident indicated he had made approximately ten trips to Wichita, Topeka, and Kansas City, Kansas, as well as to Toledo, Ohio, to deliver marijuana for Reyes, estimating that he had delivered approximately 8,000 pounds of marijuana while employed by Reyes.

He further stated that on at least four occasions, he had returned with approximately $400,000 in cash for marijuana he had delivered. Reyes instructed him to keep the money at the residence until it was retrieved by other, unnamed individuals. The individual said that both Reyes and Saucedo had directed him to only use pre-paid cell phones when communicating with them or the buyers.

In recorded conversations in November 2014, Reyes stated, among other things, that he was worried about law enforcement taking some of his properties. According to Reyes’ plea agreement, he agrees to not contest the forfeiture of several of his real estate holdings in Moore County, including two car lots and several residential properties.