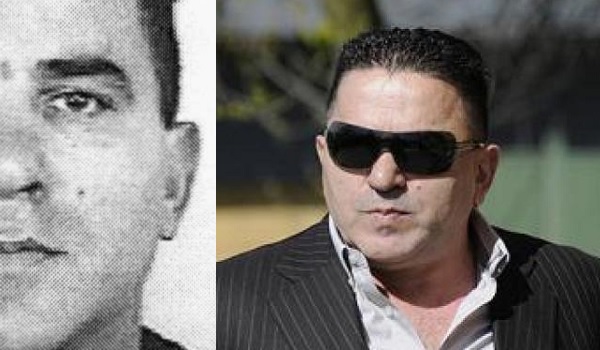 Authorities have Naser Kelmendi’s number. The United States government blacklisted him under the Kingpin Act in 2012 because, it claims, he heads a crime family responsible for trafficking drugs through Afghanistan to Turkey and into Europe. Still, moving throughout Eastern Europe, Kelmendi proved an elusive target as he expanded his Mafia empire in the Balkans.

Born on February 15, 1957, in Peja, Kosovo, Kelmendi, an ethnic Albanian, is alleged to be running one of the most powerful crime families in the Balkans, a region that stretches from the Serbian-Bulgarian border to the Black Sea and is known for its ancient smuggling routes. He began his career in Sarajevo in the early 1990s and would later use his sons Elvis, Liridon, and Besnik as loyal henchmen.

According to Bosnia's State Investigation and Protection Agency (SIPA) and Interpol records, he runs a large criminal network that is involved in extortion and loan sharking and lots of smuggling through the Balkans, trafficking heroin, weapons, and cigarettes from countries like Afghanistan and Turkey into Europe.

His ill-gotten gains were invested in countless legitimate businesses. He owns hotels, a trucking business. You can buy a lot of property when you traffic narcotics across Europe. Authorities say that from at least 2000 through 2012, Kelmendi, as the head of his mob clan “managed and directed the purchase, preparation, transport, sale and distribution, of large amounts of heroin, ecstasy, speed, and other drugs, as well as drug precursors such as acetic anhydride acid, through a well-established organized criminal network.”

His network included someone who worked as a drug manager and mixer, a person who was a manager directing shipments between Turkey, the Balkan region, and the Netherlands, and an individual who was a distributor in Serbia. All three would later turn against Kelmendi and testify about the crimes they committed on his orders.

Before that happened, they worked alongside Kelmendi’s son Liridon, who was a distribution manager of drugs to Serbia and other European countries, Mehanovic Haris, who functioned as driver and bodyguard, Sead Akelic was another driver, Zeljko Bozic was an auto mechanic who created hidden car compartments for narcotics, Hakija Krlic and Ilijier Jastrati were the group’s contacts in Turkey, and Asmir Kalac coordinated drug shipments.

Much of the smuggling was done using hidden car compartments such as specially modified chambers in gas tanks, hollowed-out furniture, false bottom trucks, hidden in fruits or in clothing, and by using a variety of other methods.

Through well-coordinated drug trafficking routes, large shipments of ecstasy pills were picked up in the Netherlands and transported to Bosnia and Herzegovina and Kosovo, where they were repackaged and transported onwards to the city of Istanbul in Turkey where the ecstasy was exchanged for heroin and other drugs. The drugs received in Istanbul were then transported back through Bosnia and Herzegovina and Kosovo and then delivered and sold to dealers and distributors throughout Europe.

As his success grew so did the stature of his connections. He is alleged to have close ties to some of Kosovo's leading politicians and several powerful businessmen, including Fahrudin Radoncic, who owns Bosnia's largest newspaper. 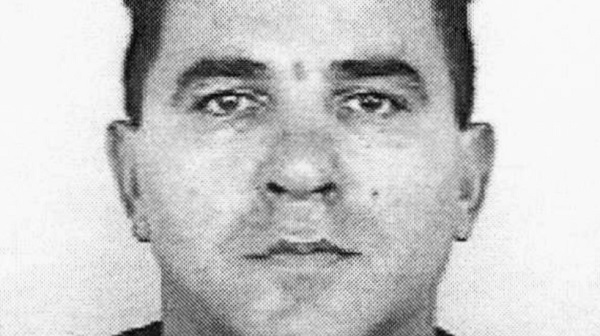 At that point, a simple mob boss turns into something much more dangerous: A player in the world of global business and politics. It is no wonder then that the United States Department of Treasury added Kelmendi (photo above) to its Kingpin list in 2012.

Shortly thereafter, the Court of Bosnia and Herzegovina issued a warrant for Kelmendi’s arrest. The indictment charged him with drug trafficking and the 2007 murder of Bosnian crime boss Ramiz “Celo” Delalic, who was beefing with Kelmendi and other members of the nation’s underworld.

Delalic was a Bosnian Muslim warlord who started a career in organized crime after the wars in the Balkans. Prosecutors say Delalic was interfering with Kelmendi’s international drug trafficking operations in Sarajevo and throughout the region by giving Bosnian law enforcement authorities information about Kelmendi’s criminal activities. Kelmendi also held Delalic responsible for the murder of close associate Sever Lekic.

If that wasn’t enough, Delalic allegedly used old war resentments and events to publicly discredit other crime groups, led by gangsters of other ethnicities such as the one led by Darko Elez. Despite all the ethnic tensions and violence during the Balkan wars, the areas mob clans always managed to function. War is bad for business and, business, is what everyone is there for. With Delalic trying to stir up old beefs based on ethnicity, everyone agreed he had to be eliminated.

According to the indictment, in 2006 Kelmendi hired two notorious Serbian hitmen, Strahinja Raseta and Nebojsa Vukomanovic, to murder Delalic. He and several other crime figures paid them €100,000 euro. To make sure things went according to plan, Kelmendi personally travelled to Serbia to hand over the money to a middle-man who was to forward it to the assassins once the job had been completed.

It was almost certain the execution would go according to plan. How could it not? Raseta and Vukomanovic were stone-cold killers and part of the Raseta crime family. They belonged to a crew led by Milan “Sandokan” Ostojic operating out of the town of Sabac in Serbia. Murdering people was their core business, informants told police. Raseta usually was the man who pulled the trigger, with Vukamanovic close by assisting when necessarily. Ostojic would take requests and hand out the assignments.

Experienced and cold blooded, the men fulfilled their contractual obligations. On a summer night in June 2007, at around 23:30, Raseta fired 27 bullets into Delalic with his Heckler & Koch. To make sure, he walked over and fired several more bullets into the fallen crime boss’ head.

It took several years, but in late 2012 authorities had hit Kelmendi with charges that he was behind this brutal gangland slaying. They had him. Of course, with an influential man like Kelmendi things are never that easy.

When authorities went looking for him, they found out their target had already fled the country. They issued an international arrest warrant, which resulted in the capture of Kelmendi on May 6, 2013, by police in Pristina, Kosovo. Because the two countries don’t have an extradition agreement, however, Kelmendi was out on the streets the next day. Yet another warrant was issued, this time finally leading to Kelmendi’s imprisonment while awaiting his trial.

The 61-year-old mob boss strenuously denied all charges against him. In court he found people who believed him. They acquitted him of organized crime and murder charges. Still, they found him guilty of narcotics trafficking. How could they not, seeing the mountain of evidence? On Thursday February 1, 2018, he was sentenced to 6 years in a Kosovar prison.

It is highly doubtful that his story ends here.