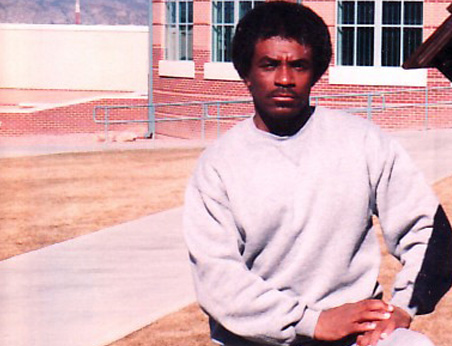 Willie Lloyd, a former leader of the Vice Lord Nation gang in Chicago, died Monday, at age 64. During his lifetime, Lloyd evolved from a vicious crime boss waging war on his rivals to a fierce anti-violence advocate. An assassination attempt in 2003, however, proved that the violence was never far away.

Not much is known about the circumstances surrounding Lloyd’s death. According to the Chicago Defender, “[Lloyd] relocated with his family to Minnesota a few years ago and retreated to a quiet and solemn life. No further information was offered at press time.”

Lloyd joined the Vice Lord Nation gang in his early teens. In December of 1971, at the age of 20, he got himself into serious trouble after he and two other Vice Lords members were caught red-handed by police breaking into several motel rooms in Davenport, Iowa. As police surrounded the motel a shootout broke out between Lloyd and his pals and the cops in which a state trooper was killed.

Besides receiving a 25-year prison sentence for his crimes, Lloyd also earned the respect of his fellow gang members. He had transitioned from a boy gangster into a man and was known as cop killer despite not having been directly responsible for the trooper’s death.

When he was released from prison Lloyd was ready to take over the streets of Chicago.

According to Biography.com, “As the self-proclaimed ‘King of the Vice Lord Nation,’ Lloyd helped generate new methods of income for the group, including drug dealing and street taxes for anyone who wanted to do business in Vice Lord territory. Anyone who didn't pay was extorted or murdered.”

Police were on to him, however, and were able to put him back behind bars after they found several firearms in his possession when they pulled him over for a traffic violation in 1988.

His time in prison loosened his grip on the Vice Lord Nation gang and the group splintered in his absence with a rival taking aim at Lloyd’s crown. In the ensuing war there were kidnappings, shootings, and murders. The violence only ceased when authorities arrested Lloyd’s rival and sent him to prison. When police raided Lloyd's house in 1994, they found a 9 mm handgun. Yet another violation, which earned Lloyd 8 years behind bars.

Apparently, all that fighting had changed Lloyd. Or maybe it was all that time in his cell. Either way, when he was released in 2002, he began working as an anti-violence advocate, teaching young kids to stay away from gangs and helping mediate disputes between hardened gangbangers to avoid needless bloodshed.

Others, however, claim Lloyd remained involved in gang life and that his anti-gang activities were merely a front. Street Gang Life writes that, “Rumors persisted that Lloyd still wanted to collect a ‘tax’ from the Vice Lords as its leader, even though he had supposedly left gang life.”

Whether because of this alleged street tax or simply because of one of his many violent deeds in the past, Lloyd was shot down by gunmen while walking in Chicago’s Garfield Park in 2003. He barely survived the attack and as a result was paralyzed from the neck down.