Drug boss Ricks: From selfies in the gym to trafficking heroin 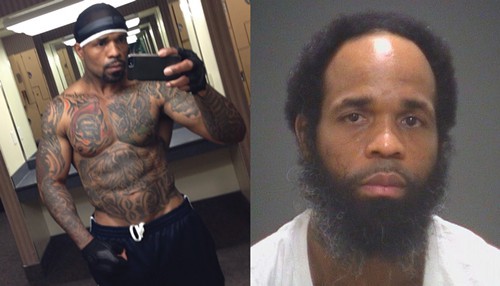 Crime boss Keith Ricks liked to stay busy. Moving bricks of heroin, robbing rival dope dealers from their hard earned product, and pumping iron in the gym were among his favorites. He surrounded himself by likeminded men. But each one craved attention. On Twitter, on Instagram, in self-made movies. While they felt like they were on top of the food chain, the FBI thought different and began stalking its prey.

For many years, a rapper by the name of Chase was trying to make it big. Born and raised on the rough streets of Cleveland, his main claim to fame was keeping it real. When he rapped about slanging dope and riding around in expensive cars he wasn’t lying. That’s what he actually did! In real life, under his birth given name Maceo Moore.

His criminal endeavors financed his rap music and videos, hell, to top it off he even made a feature length film about his gangster life. With flagrant disregard for keeping a low profile this gang boss flaunted his notoriety and wealth whenever he could.

Who was going to stop him? He ran the streets of East 117th and St. Clair in Cleveland, Ohio. He was the top dog.

So “Chase” Moore wasn’t surprised when a film crew came up to him to ask if they could make a documentary about his life. In recent years a steady stream of gangster documentaries have filled the television networks, DVD outlets, and YouTube channels. From Cocaine Cowboys to Mr. Untouchable all the way down to documentaries on local crime bosses like Moore. Though it may sound strange to some of our readers, these men were seen as heroes by many. Much like Al Capone or John Gotti were viewed in their heyday.

Of course, most gangsters prefer to keep the cameras at bay. Certainly when they are still involved in crime. But Moore had no problem with it. He only saw the plus side. His ego was being inflated like a hot air balloon and he was skyrocketing towards heaven.

He should’ve been more cautious.

The documentary film crew turned out to be a group of undercover agents from the FBI who were investigating the Cleveland drug world. Thanks to Moore they had struck gold and were about to mine him for all he was worth.

First, they asked him about his criminal exploits, such as robbing other drug dealers. On June 12, 2012, an undercover agent asked Moore whether him and his crew did that a lot? “Yeah, that was our job, kicking doors,” Moore answered. “We worked every day, around the clock. If you had it, and we wanted it, we was coming to get it.”

Undercover agent: “For how many years?”

Asked how his crew selected targets, Moore explained that it was routine for his crew to identify robbery targets who boasted about, or flaunted, the wealth that they had accumulated through drug trafficking. He said that on certain occasions, they would solicit the assistance of “a female,” who would befriend their target, and attempt to manipulate the target to provide her with personal information that they could use to decide when, where, and how to follow through on their plans to rob him.

Moore, “Now we know where he live at, we gonna go pay him a  visit.”  Adding, “It's like, I could see a  dude at the club. He buying and poppin' bottles, he got his jewelry on, he on the list, he gonna get it.”

When it came to these robberies. Moore needed men who were capable. In the underworld that means men who can kill. “Anything can go wrong,” Moore explains. “I ain't takin' no ten guys on me to do nothing like that. Going into them situations, the average dude don't have it in his head, ‘we  going in to kill.’ But, it can lead to that. Anything can go wrong in a robbery.” 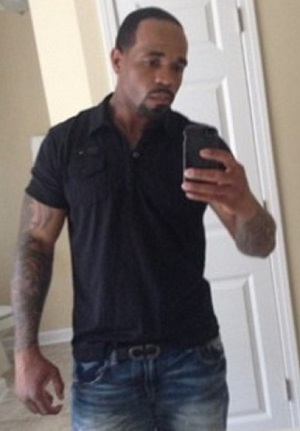 He would know. When it came to robbing people, Moore was considered an expert. Not just by the FBI agents interviewing him, but by his peers as well. Among them a man who frequently supplied Moore with heroin, a man by the name of Keith Ricks (right), who, on the morning of April 17, 2013, calls Moore on the telephone, which, by then, is tapped by the feds.

“Hey, man, listen, man,” Ricks says. “Let me ask you a question, man. Could you do me a favor, man? You know I don't ask you for much, right? For real, man, I don't ask for much, [Maceo]. Man, I just need one favor from you, man,” a desperate sounding Ricks almost begs.

“Man, turn me onto something (a heroin deal or a  robbery target), man,” Ricks asks.

Though he may not sound like it, authorities claim Keith Ricks was the undisputed leader of Cleveland’s East Side. The man who oversaw it all. The man with the connect. The one who made dope deals in Atlanta and then organized for the kilos to be trafficked to Cleveland by mail or car.

He tried to go legit once, buying and running a bar, but that proved to be too much work and turned out a failure. After that he went back to the streets and the fast money.

And why wouldn’t he? These guys were top of the food chain. Whatever they wanted they took. Ricks was bringing in enough heroin through his connections in Atlanta for the entire group. And if anyone had more, they’d rob him.

They were brash, arrogant, devious, and ruthless.

And they loved showing off on social media like Twitter and Instagram. So much so that the FBI began monitoring their accounts to see if they could corroborate evidence obtained via wiretaps.

When FBI agents came knocking in June of 2013, Ricks and Moore must have had no clue what hit them. For years they ran the East Side of Cleveland with impunity. They flaunted their wealth and criminal behavior in music videos, feature length movies, and on social media without a care in the world.

In total 60 people were caught up in this operation and indicted for their roles in a conspiracy to bring heroin from Chicago and Atlanta and sell it throughout Greater Cleveland. 58 were found guilty. It was the biggest heroin bust in Cleveland's history. 39-year-old Maceo Moore (right) now has plenty of time to work on those rap lyrics of his. His release date is set for September 17, 2028. Maybe he will finally hit it big as a rapper when he gets out.

The last to be sentenced in this operation was Keith Ricks. On Monday, September 14, 2015, at just 33 years old he was sentenced to life in prison.

The two men are also being investigated in connection with several murders.

After Ricks’ sentencing, authorities had lots of arguments on why he deserved such punishment.

“[Ricks] led a group responsible for thefts, violence and the distribution of dozens of pounds of heroin,” Steven M. Dettelbach, U.S. Attorney for the Northern District of Ohio, said. “He is a predator that needed to be taken out of the community.”

“Mr. Ricks is a violent drug dealer that deserves to be behind bars for a long time,” Stephen D. Anthony, Special Agent in Charge of the FBI’s Cleveland Office, said.  “The Northern Ohio Law Enforcement Task Force works tirelessly to rid the streets of the most dangerous criminals and Keith Ricks definitely is one of them.”