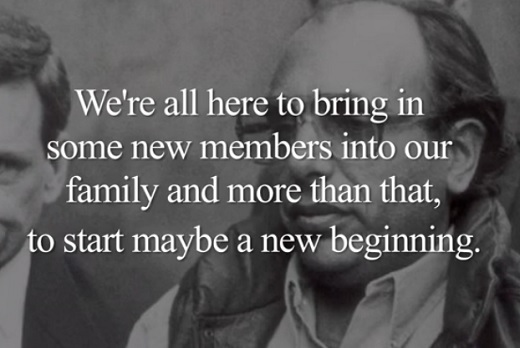 The ceremony in which the Mafia initiates new members is considered a sacred event by wannabe and seasoned mobsters alike. Pricking blood from the finger, burning the picture of a saint, swearing allegiance, and becoming part of a brotherhood dating back a century. So you can imagine their anger when they heard the FBI had bugged an entire ceremony from start to finish.

This week, authorities released an audio recording of an induction ceremony held by the New England La Cosa Nostra family in Medford on October 29, 1989. It is the only recording of its kind and turned a ceremony that should have empowered the mob into its worst nightmare. 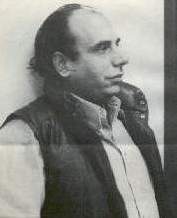 For a sacred event, the ceremony’s location had a very unsacred feel to it. It was held at the Medford home of the sister of mobster Vincent Federico, who himself was to be inducted into the mob that day. He used his sister’s house without her knowledge. Federico had gotten a weekend furlough from prison after writing on his application that he was attending to “family business.”

Lying and cheating against everyone you know isn’t very honorable. Unless, of course, you are a career criminal.

New England family boss Raymond Patriarca Jr. (left) led the ceremony and began his speech with emphasizing that the warring factions within his family had made peace and that they had to “put all that’s got started behind us ... and bygones are bygones and a good future for all of us.”

He continued, “We’re all here to bring in some new members into our family and more than that, to start maybe a new beginning.”

The four new members that would signal the new beginning were Vincent Federico, Carmen Tortora, Robert “Bobby” DeLuca (right), and Richard Floramo. They all came highly recommended. The Mafia is known to extensively vet its new members and see if they’ve got the right stuff to become a part of “our thing.”

Still, Patriarca did usher a warning to the new inductees, “You’ve all done everything you hadda do ... Stay the way youse are, don’t let it go to your head ... it’s not to be used to make money. It’s not an advantage, a ticket to abuse people, it doesn’t make you better than other people. The thing is you have all of us to protect you. If you don’t let it go to your head, and you don’t abuse it, you’ll have a happy, happy, happy life.”

Apparently there had been some issues with guys letting their new “title” get to their heads. The mob has no use for guys like that. What they were looking for was made pretty clear as the four men were each asked specific questions by the family’s consigliere Joseph “JR” Russo (right).

“If I told you your brother was wrong. He’s a rat, he’s gonna do one us harm, you’d have to kill him, would you do that for me, Carmen?” Russo asked Carmen Tortora. After he answered in the affirmative, the consigliere continued, “Your mother’s dying in bed and you have to leave her because we called you, it’s an emergency. You have to leave. Would you do that Carmen?” Once again Tortora answered with “Yes.”

As did the other three men.

They all pledged their undying loyalty to La Cosa Nostra and repeated the oath in Italian as it was read aloud by the Sicilian-born capo Biagio DiGiacomo (left), “We get in alive in this organization, and the only way we gonna get out is dead, no matter what,” he said. “It’s no hope, no Jesus, no Madonna, nobody can help us, if we ever give up this secret to anybody, any kinds of friends of mine, let’s say. This Thing cannot be exposed.”

It cannot be exposed. The feds that were listening to the tapes must’ve felt like Christmas had arrived early. They were about to not only expose the New England mob, but offer undeniable proof of the Mafia’s existence and its use of age-old rituals to induct new members.

And they had done so with the help of one of their own, a “made guy” in the New England Mafia. Mobster Angelo “Sonny” Mercurio (right) was an FBI informant all the while listening to his superiors asking questions about truth, trust, and loyalty.

Omerta was dead, but it would take a few more years until the Mafia and public got the memo. In 1989, Salvatore Gravano had not yet betrayed John Gotti and James “Whitey” Bulger still had Boston trembling in fear.

After New England mobsters were confronted in court with the audio tapes of their sacred and extremely secretive induction ceremony, reality set in. The good old days were over. A new era had begun and they were looking a lot like dinosaurs.

You can listen to the audio tapes here.