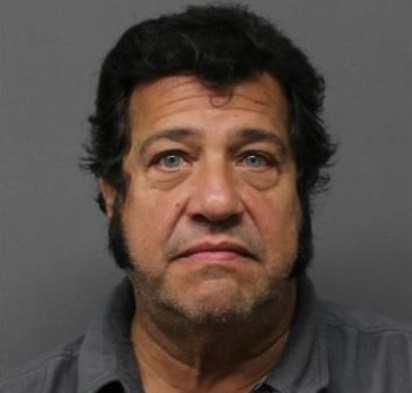 Prosecutors allege that D’Alessio operated an illegal gambling ring in and around Bergen County, New Jersey, in which he employed over fifty gambling agents who oversaw 320 bettors. These agents paid out winnings and collected money from losing bettors.

While D’Alessio oversaw betting in New Jersey and New York, his brother-in-law Esteban Cueli (56) set up shop on D’Alessio’s behalf in Florida.

The gambling ring operated using an off-shore wire room in Costa Rica. Agents and bettors could call toll-free phone numbers or visit a website to place or check on bets.

All in all, prosecutors told the media, “The entire gambling operation is estimated to have processed tens of millions of dollars in wagers per year.”

That’s a lot of money. Even for a man going by the nickname of the King of Rock ‘n Roll.

Interestingly, “Elvis” D’Alessio was charged with the exact same crimes in 2006, with several of the same people he now stands in court with as codefendant. Back then his operation was active in New Jersey, New York, and Florida as well, again using an off-shore wire room in Costa Rica for placing bets. The only difference is that authorities then seized $3 million dollars instead of two.

And also that one of D’Alessio’s codefendants was the manager of the Satin Dolls strip club in Lodi, New Jersey, which featured prominently on HBO’s hit television series The Sopranos as Silvio Dante’s Bada Bing. As is to be expected that tidbit made the news as quickly as D’Alessio’s nickname.

It is unclear what exactly happened to D’Alessio in that case, but whatever it was, it didn’t stop the Genovese family associate from committing the same crime yet again. Let’s keep an eye on what happens to him this time.