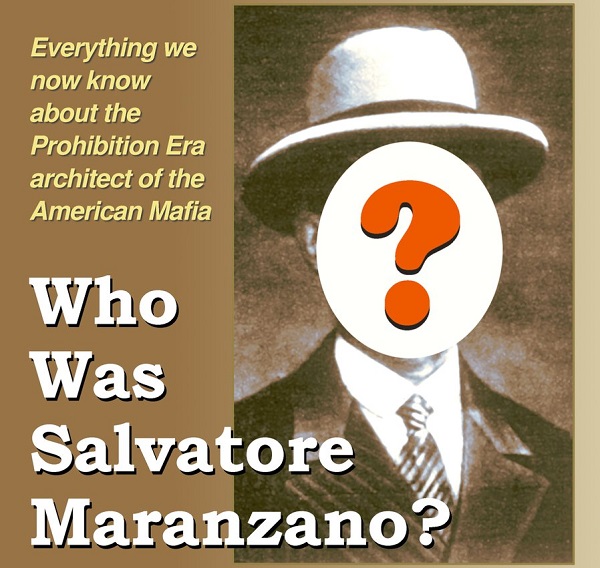 Researchers have long been bothered by the lack of a photograph of Prohibition Era Mafia "boss of bosses" Salvatore Maranzano. But an image of the underworld chief, lost for nearly 88 years, was recently rediscovered. The remarkable find will be featured in an August special issue of Informer: The History of American Crime and Law Enforcement.

The most powerful American Mafioso of his time, Maranzano became supreme leader of the Sicilian-Italian underworld in the U.S. after defeating Giuseppe “Joe the Boss” Masseria in the 1930-31 Castellammarese War. Maranzano’s term as boss of bosses ended abruptly, after less than five months, when he was assassinated by gunmen working for Charlie “Lucky” Luciano.

A dubious mug shot of Maranzano had been circulated beginning in the 1990s, appearing in a number of organized crime books and websites. One decade ago, Informer (in an article written by historian David Critchley) proved that the photo was not an image of Maranzano but of a British vice criminal from a different era. At that time, Informer attempted to recreate Maranzano's facial appearance from poor-resolution crime scene photos and a coroner’s sketch. It was impossible, however, to determine the accuracy of the results.

This past spring, Canadian researcher Peter Kalm stumbled upon a Maranzano article and photograph in an old Italian magazine. Interested in Maranzano and aware that a reliable photo of the Mafia boss was lacking, Kalm quickly shared his find with Informer. He expressed his wish that the discovery would trigger new Maranzano research and possibly a Maranzano book.

Given that stated wish, Informer decided that the most appropriate means of sharing the discovery was to package it in a special issue dedicated to all that is known about Maranzano’s life and underworld career. While this falls a bit short of a full book, Informer hopes it will serve as both an inspiration and a solid foundation for future research. 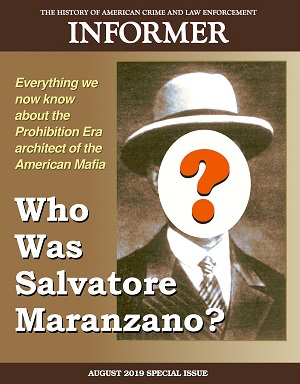 Informer was founded as a quarterly journal in September 2008. Issues have been released only annually since 2016. No issue was planned for 2019 until the discovery of the Maranzano photograph. After that, Editor and Publisher Thomas Hunt worked with longtime Informer contributors Lennert van`t Riet of the Netherlands, David Critchley of England, and Richard N. Warner of California to pull together the special issue.

“Just when I thought I was out, they pull me back in!” Hunt joked. “But this is a significant historical find, and it is an honor for Informer to play a role in bringing it to the public's attention.”

Hunt considered the subject important enough to warrant only the second single-subject issue in Informer's 11-year, 29-issue history. (A groundbreaking discussion of the early New York City Mafia filled the issue of May 2014.) According to Hunt, “a surprising amount” of Maranzano information was assembled. “The data was then packaged into articles addressing basic 'who,' 'what,' 'where,' 'when,' 'why,' 'how' questions about the Mafia boss,” he said. “We hope readers will find the issue entertaining as well as informative.”

The special issue, scheduled for release on August 12, 2019, will be available in three formats:

This is the first time an Informer issue has been made available as a Kindle e-book. The e-book, priced at $5.99, is available for pre-order now.