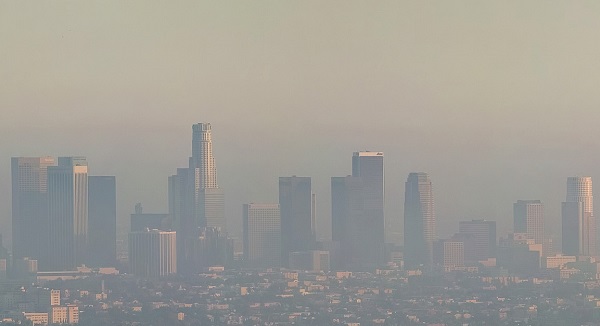 Capping a three-year investigation by the Los Angeles Strike Force, authorities on Wednesday morning arrested 20 defendants named in a series of indictments that allege the smuggling of large quantities of narcotics from Mexico on behalf of the Sinaloa Cartel.

As a result of Operation Narconetas, authorities seized approximately 850 pounds of methamphetamine, nearly one ton of cocaine, 93 pounds of heroin, almost 50 pounds of marijuana, and $1.42 million in United States currency.

Those arrested on Wednesday morning are among 57 defendants named in three indictments that were unsealed that same day. Two of the defendants were already in state custody and are being turned over today to federal authorities. The remaining 35 defendants are currently fugitives, with most of those believed to be in Mexico at this time.

If they are convicted in this case, most of the defendants would be subject to mandatory minimum sentences of 10 years in federal prison and potential sentences of life without parole.

During their investigation, Strike Force members uncovered several sophisticated international drug trafficking organizations that regularly transported narcotics across the U.S.-Mexico border and at times stored drugs in “stash houses” in cities across the Southland.  The narcotics then were distributed throughout the United States.

The Los Angeles Strike Force was formed in 2014 to target Mexican drug cartels that utilize the Los Angeles metropolitan region as a primary hub for the distribution of narcotics across the United States. The goals of the Strike Force are to target high-level narcotics traffickers, disrupt and dismantle the cartels’ narcotics trafficking and related money laundering activities, and arrest and prosecute the cartels’ leaders and operatives.

“The Greater Los Angeles Area is utilized by criminal organizations as a hub for the transportation and distribution of illicit drugs throughout the United States,” said DEA Associate Special Agent in Charge Bill Bodner. “Today’s joint operation sends a clear message that law enforcement is committed to stemming the flow of narcotics into our country and protecting Americans from the violence that accompanies drug trafficking.”

“More than simply seizing large quantities of drugs and money, this investigation was able to identify the top-level, Mexican-based traffickers who directed the transactions, and who thought they were using secure communication devices to commit their crimes,” said First Assistant United States Attorney Tracy L. Wilkison.  “Our ability to obtain those communications continues to be an important part of our ability to solve these crimes.  The Los Angeles Strike Force has become a leader in using innovative investigative techniques to target Mexico-based drug trafficking organizations.”

“This investigation was responsible for removing over 1,300 kilograms of narcotics from the streets of Los Angeles and other cities, and no doubt prevented violence in our communities, said Paul Delacourt, the Assistant Director in Charge of the FBI in Los Angeles.  “We expect this case will have a significant impact on the transportation abilities of these organizations.”

“Today’s arrest of multiple defendants for their alleged role in smuggling funds from illegal drug transactions in and out of the United States is a victory for the American public and a defeat to drug traffickers everywhere.  The special agents of IRS Criminal Investigation continue in their mission to disrupt the flow of ill-gotten gains that is the life-blood for these criminals,” said Special Agent in Charge R. Damon Rowe, Los Angeles Field Office, IRS Criminal Investigation.