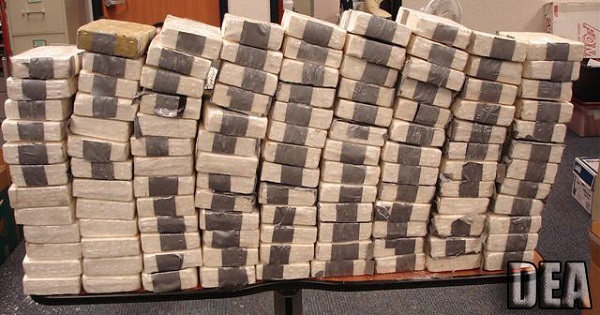 Colombian narcotics trafficker Gustavo Bermudez-Vanegas has been brought into the federal courthouse in Brooklyn, New York, on Friday where he was arraigned on an international cocaine distribution conspiracy charge. The 57-year-old drug lord was arrested in Colombia on a provisional arrest warrant issued from the Eastern District of New York and subsequently extradited from Colombia to the United States on Thursday.

Prosecutors allege that, between February and July in 2016, Bermudez-Vanegas conspired to use airplanes and submarines to transport tonnage quantities of cocaine from Colombia, Ecuador, and Venezuela via Central American countries to Mexico, for the purpose of unlawfully importing the cocaine into the United States for further distribution. Bermudez-Vanegas provided his transportation services to drug cartels in Mexico.

If he is convicted he faces a mandatory minimum sentence of 10 years behind bars.

“The United States will continue to prosecute international narcotics traffickers wherever they may be operating,” stated Acting United States Attorney Bridget M. Rohde. “As alleged, the defendant conspired to transport narcotics across several borders and continents, from South America to the United States. Now he faces justice in the Eastern District of New York, with the help of our law enforcement partners in Colombia, who effectuated his capture and extradition to the United States.”

“The United States has been besieged by traffickers bringing drugs into our country. In contrast, drug law enforcement has brought Bermudez-Vanegas, a significant trafficker who used submarines and planes, to our country to face charges for such crimes,” stated DEA Special-in-Charge James J. Hunt.